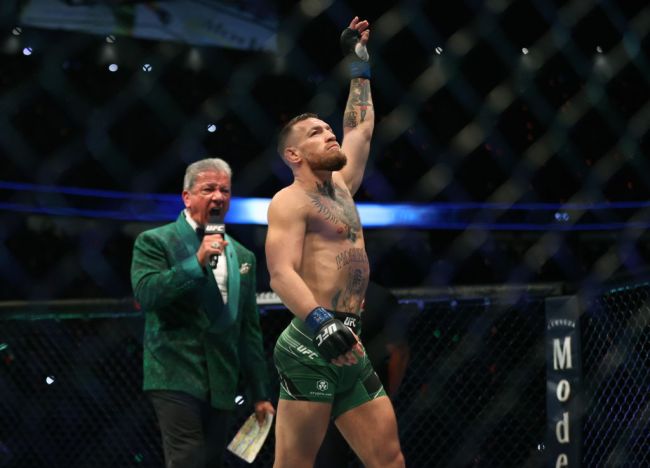 It has been nearly a year since UFC fans last saw Conor McGregor in the Octagon. When we last saw him, he broke his leg in the 1st round to lose a second consecutive fight against Dustin Poirier.

Despite those consecutive losses and the fact that he has only won one fight since the start of 2017, McGregor believes he still has more of his UFC story to write. He spoke to Sky Sports today and revealed his thoughts about the future of his career.

👊 "My UFC story is far from over!"
👊 "I will grace the squared circle again!"

“Obviously, my return will be in the octagon for UFC – that story is from over, in fact it’s just being written, it is just the beginning.

He also commented on the timetable for his return from injury.

“My body is doing good. After (this), we’re going to up the training bit by bit. I should be able to kick now. I have another CT scan in the coming days. Then I’ll be cleared to kick. Once I can kick and grapple, I’ll be back in no time. Boxing training is going well, and strength training. That’s all. I’m excited to get back.”

Conor McGregor is no longer the same fighter that he was when he ran through the Featherweight division en route to winning his first belt, but the UFC would love to see him continue to fight for a long time.

At a time when the UFC has had a tough time building true breakout stars, McGregor remains a massive draw every time he steps in the cage. He also still has plenty of interesting fights left available to him.

UFC fans would love to see McGregor-Diaz 3. A fight against Justin Gaethje would be incredibly entertaining. A fight with Jorge Masvidal at Lightweight or Welterweight would surely sell plenty of pay-per-views. There’s even the possibility that he could fight Dustin Poirier for a 4th time.

If McGregor really wants to continue fighting, the UFC will find as many matchups for him as possible.