Watch Conor McGregor And Floyd Mayweather FINALLY Fight In A Special Edition Of ‘Punch Out!’ 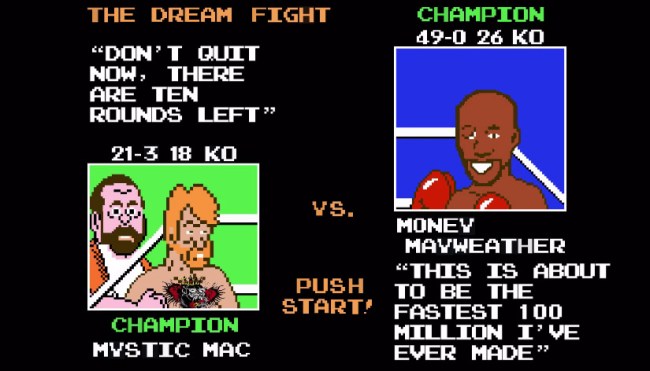 We may never get to see the much-hyped dream fight between Conor McGregor and Floyd Mayweather. In fact, it’s pretty much a certainty at this point. (We might get to see Manny Pacquiao fight McGregor though!!)

So what would be the next best thing, do you suppose?

How about the “dream fight” taking place in 8-bit glory with a special edition of Punch Out!? Sounds great to me!

So who wins in this epic battle between the UFC superstar and the undefeated guy with way too much disposable income? Watch and find out.