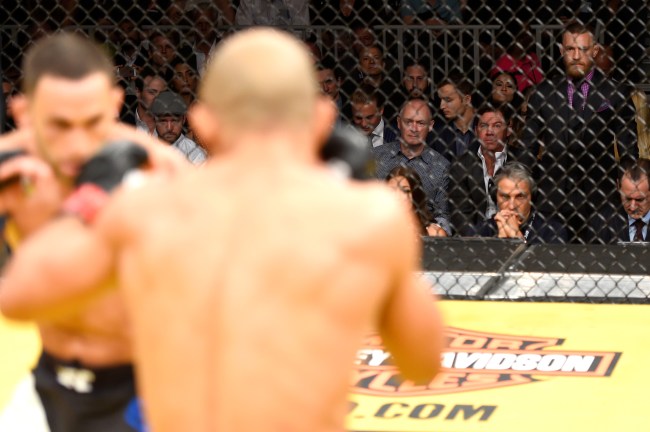 Is Conor McGregor finally returning to the Octagon?

McGregor has been sidelined for a year since his fight with Khabib Nurmagomedov but it seems like he has eyes set on a fight with Frankie Edgar in December,

Today, the UFC posted this birthday post for Edgar on Twitter and McGregor commented that he would see him in December.

Edgar claims he already accepted the fight and that it was up to McGregor and Dana White to make it happen.

Thanks pal, I said yes already it's on you and @danawhite to make it happen.

There you go White, make the bout. Give my purse to charity.
First responders.
One for All! @ProperWhiskey

As of now, Dana White has yet to respond to the tweets between McGregor and Edgar.

Earlier this year McGregor claimed he was supposed to return to the cage in July before a broken hand pushed prevented his comeback. Edgar recently lost Max Holloway at featherweight in July. McGregor vs Edgar would definitely be buzzworthy and would be a good return fight for McGregor. We’ll have to wait for Dana to see what he thinks.