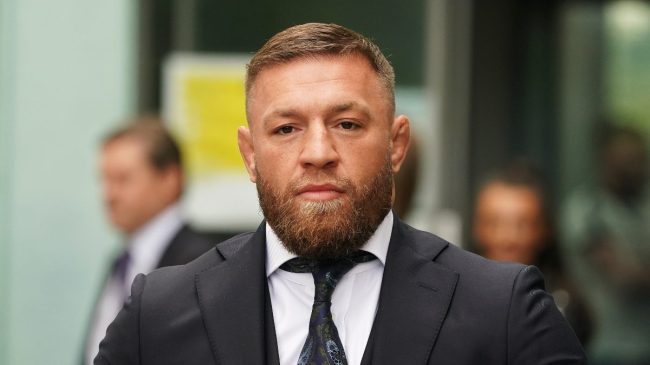 It’s no secret that Conor McGregor made a fortune off of Proper 12 Whiskey after selling majority stakes for $600 million. Since then, the UFC superstar has been living the high life more than he already was. However, it sounds like he has a lawsuit on his hands right now, as his former close friend Artem Lobov sues McGregor over the massive whiskey deal.

According to MMA Fighting and The Irish Independent, “Lobov is suing McGregor for millions, alleging that he was pivotal in developing McGregor’s Proper No. 12 Irish Whiskey.”

Apparently, Artem Lobov “reportedly claims that for his efforts in creating Proper Twelve, he has an agreement that entitles him to five percent of the money McGregor made from the sale,” per MMA Fighting.

Lobov certainly believes he deserves a piece of the pie that Conor McGregor received in the stake shares sold of the Proper 12 Whiskey brand.

According to MMA Fighting, Dermot McNamara, Artem Lobov’s attorney, claims, “My client is a retired professional fighter with a master’s degree from DCU in Finance and Capital Markets. We have issued High Court proceedings on his behalf to enforce an agreement with Mr. McGregor regarding the Proper No. 12 whiskey brand. My client was the initial creator and co-founder of the concept to launch an Irish whiskey brand associated with Mr. McGregor. As these matters are now before the court, we will not be making any further comment.”

So, it sounds like a sticky situation for the time being. Both McGregor and Lobov were close friends at one time. However, after this lawsuit, it’s safe to say that friendship is over. We’ll see how it plays out, but this lawsuit is something to monitor moving forward.