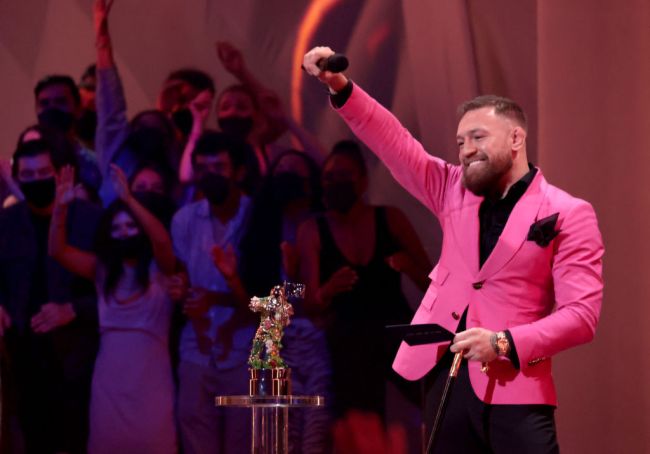 UFC superstar Conor McGregor had been waiting nearly a year for the moment to hit the open waters to experience the sheer power of his Lamborghini superyacht. On Sunday, McGregor finally got his chance to bask in the performance of his brand new Lamborghini Tecnomar superyacht.

Conor McGregor – who has a net worth of approximately $200 million – plopped down a reported $3.6 million Tecnomar for a Lamborghini 63 speed boat.

However, it appears that the Lamborghini yacht was not quite ready since the MMA fighter announced on Sunday: “Today is the day!! We officially take ownership of our brand new Lamborghini Sport Yacht!”

By the looks of the Instagram photos and videos, it looks like it was worth the wait for the 63-foot-long sports car-inspired boat.

McGregor shared a video of him taking his Lamborghini superyacht out for a pulse-pounding spin.

The Tecnomar for Lamborghini 63 is powered by two MAN 24-liter V12 diesel engines that pump out 3,945 horsepower – which make it the fastest yacht of the Tecnomar fleet. The superyacht’s top speed is 60 knots or a nice 69.05 mph. The total range is 210 nautical miles or 241.7 miles, according to Motor1.

The superyacht is constructed of carbon fiber – making it an ultralight yacht that weighs only 24 tons.

Despite the ultralight classification, the superyacht boasts a fully operational kitchen, dining room, bedroom, and bathroom – far more room than your typical Lamborghini.

“The cockpit is also a nautical interpretation of two Lamborghini models, with leather pilot seats from the Huracán Evo and a helm modeled on the Aventador steering wheel,” Forbes reported.

McGregor’s Lambo boat is the 12th in the run of a total of 63 superyachts.