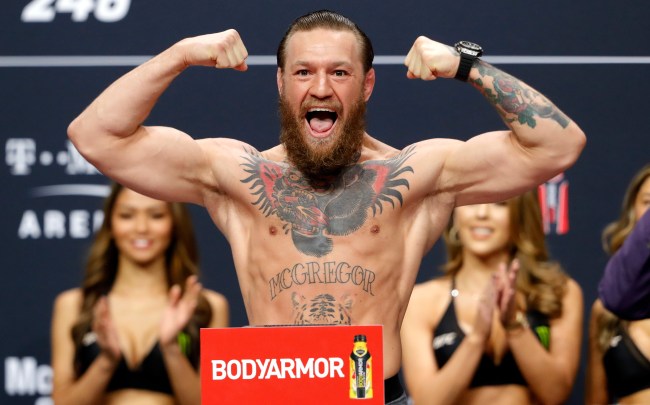 Could there be another boxing match on the horizon for UFC superstar Conor McGregor?

On Thursday, 47-year-old retired boxer Oscar De La Hoya, who hasn’t had a professional fight in over a decade, said that he would easily knock out McGregor if they both met in the boxing ring today.

Two rounds,” De La Hoya said when asked about the hypothetical fight on CBS Sports’ State of Combat podcast. “Oh come on, brother. Two rounds. One thing about me is I went for the kill, always. Look, Conor McGregor — I love him in the Octagon, I respect him, I watch him all the time. But the boxing ring is a whole different story, it’s a whole different story.”

McGregor is reportedly ready to fight according to Dana White but it’s unclear if he’s serious about fighting De La Hoya or if White will eventually book another fight for him in the summer.