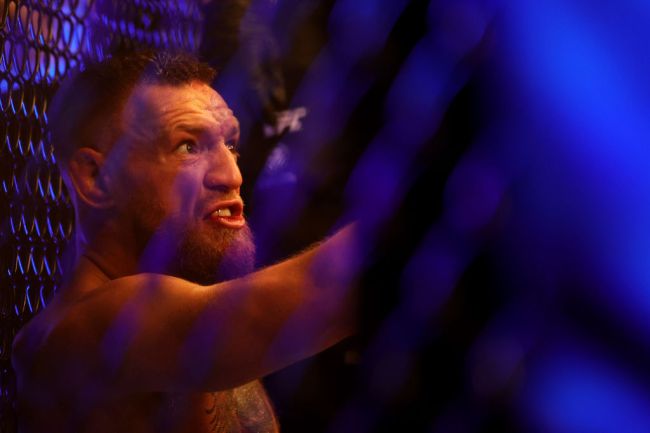 Conor McGregor has once again lost his mind on Twitter.

On Saturday morning, McGregor went on another Twitter tirade while beefing with UFC lightweight Tony Ferguson. Conor was set off when Ferguson accused him of taking performance-enhancing drugs to recover from his leg injury.

Taking Growth Hormone Will Do That To Someone’s Build. You’re Mentally Weak & Your Leg Is Compromised. Your Fragile, Frail & Breakable. That GH Gon’ Make U Break Kid. Keep Pumpin’ Ya Chest Ya Cheat. Not The 1st Time God Punished You. You Like Picking On People And DJ’s? WTF Pussy pic.twitter.com/mtYmMRWU4r

McGregor immediately fired back by bringing up a 2019 domestic violence incident between Ferguson and his wife. McGregor went on to make a not-so-subtle death directed at Ferguson in a follow-up tweet. 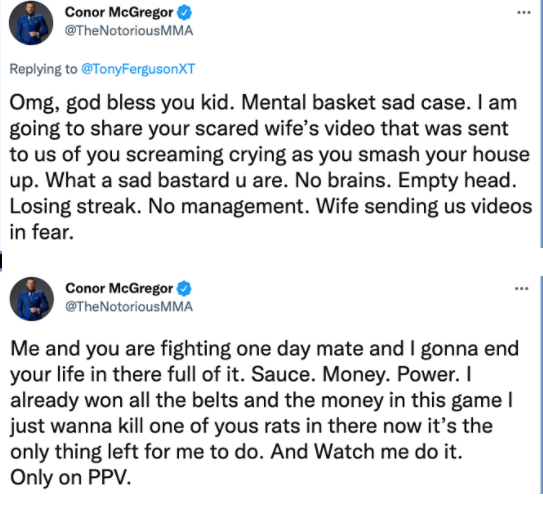 McGregor’s latest Twitter beef comes days after an Italian DJ pressed charges against the Irish MMA star for allegedly attacking him at a party.