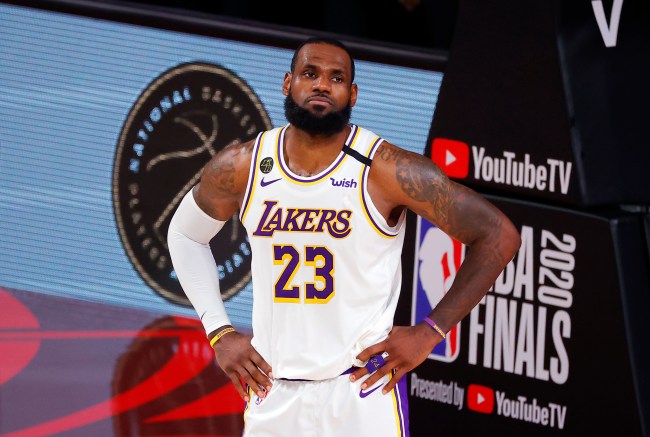 Cops are responding to LeBron James’ controversial tweet in which he targeted a police officer by making fun of him in a new viral TikTok trend.

Last week, LeBron found himself in the middle of controversy when he tweeted out a picture of Columbus police officer Nicholas Reardon who shot 16-year-old Ma’Khia Bryant while she was holding a knife during a physical confrontation with another teen. The tweet read “YOU’RE NEXT #ACCOUNTABILITY” and included an hourglass emoji before he deleted it because he felt it was used to “create more hate.”

As a result of LeBron’s controversial tweet, there is now a viral trend on TikTok that features police officers mocking LeBron for telling them how to do their jobs.

Nate Silvester, an officer with the Marshal’s Office in Bellevue, Idaho, made a TikTok video making fun of the Lakers superstar that has garnered over 2 million views on social media.

In the video, Sylvester arrives at the scene of the crime and asks dispatch to contact LeBron for further instructions.

In another viral TiKtok video, a female police officer could be seen performing a similar skit in which she waits for LeBron to accompany her for a ride-along.

“I’ve been waiting for a long time for him to come tell me how to do my job, I even cleared my seat out for him. We got people to protect from getting stabbed in the fucking face and he’s lolly-gagging somewhere probably shooting free throws.”

“By the way, you really need to work on your stance. It’s really not working out for you.”

“Oh, was that stupid? Was it stupid for me to tell you how to do your profession? Yea, well it’s just as stupid for you to tell us how to do ours.”

More officers followed suit and posted their skits asking LeBron for advice on what to do in everyday police situations.