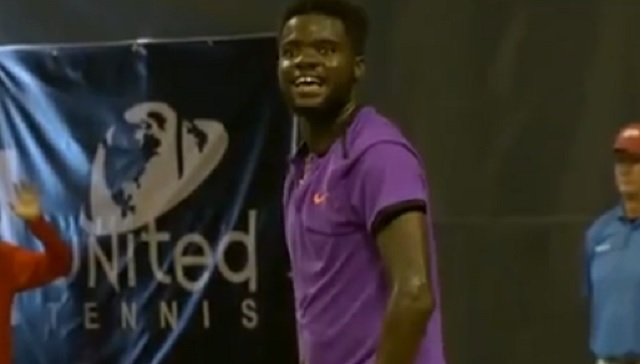 A tennis match today between Frances Tiafoe and Mitchell Krueger at the Sarasota Open in Florida was temporarily disrupted by the sounds of a couple having loud sex.

Watch as everyone in the stadium bursts out in laughter after hearing what sounds to be a woman moaning loudly from an apartment nearby.

(The noises can be clearly heard at about 15 seconds into the video, and again around the 1:50 mark.)

Best part of the video is one of the players yelling “It can’t be that good,” right in the middle of the match.

@MattReid12345 @MikeCTennis never seen something more real it was amazing

Much love to the couple with the windows open across the way! Sounds like you guys had a good time!@SarasotaOpen