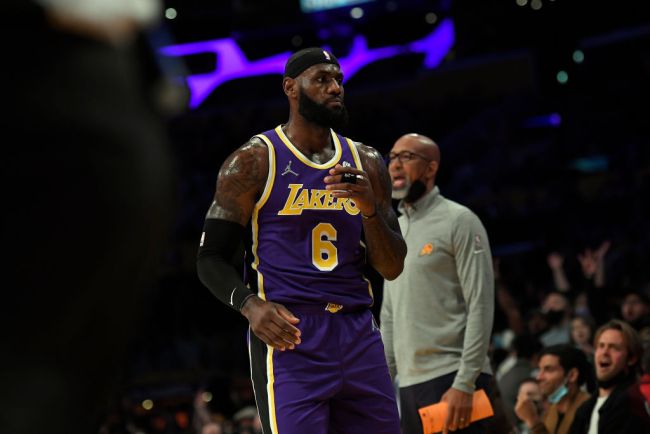 LeBron James and other members of the LA Lakers lost their cool during their game at the Staples Center against the Phoenix Suns on Friday night.

For most of the night, the Lakers were getting blown out Suns, leading to players acting up on the sidelines. While the team was down big, Lakers teammates Anthony Davis and Dwight Howard got heated and shoved each other during a timeout.

Anthony Davis and Dwight Howard got into it and had to be separated by their Lakers teammates 😳pic.twitter.com/fyfxBtf0oO

Rajon Rondo was later seen getting into an altercation with a fan sitting courtside.

Rajon Rondo appears to be making a gun gesture in a courtside fans face. The fan pushes his hand away & gets rejected from the game 👀 pic.twitter.com/01jCkkLyNM

LeBron James was also not happy during the game and was filmed yelling at Suns’ Cam Payne at the sidelines for talking trash to him.

LeBron to Cam Payne: "Stay humble. You was at home a year and a half ago, now you wanna pop off."

Game 2 and cam payne in his head thats tough https://t.co/JrqIBgFfeX

Just a bad look all-around for the Lakers, who are now 0-2 and seem to be falling apart already.