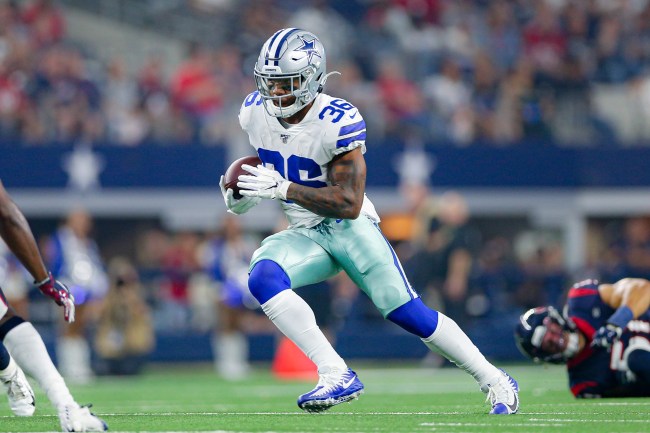 Dallas Cowboys backup running back Tony Pollard has had a solid showing in the preseason while star Ezekiel Elliott is currently sitting out as he negotiates a new contract.

After Pollard’s solid game Cowboys owner Jerry Jones joked and said “Zeke who?” while talking about the current running back situation which apparently annoyed Zeke.

“We don’t need a rushing champion to win a Super Bowl”
“Zeke who?”

Honestly if you’re Elliot why would you come back to play for this guy for anything less than being the highest paid RB in the game?pic.twitter.com/jlUaBkFxyM

After practice on Monday, Pollard was asked by the media about he felt if he had to start week one against the New York Giants if Elliott is still out.

“It’s not what I expected coming into this situation, but I always prepare to be ready for whatever,” he said. “Since this situation did happen, the way I that I prepare, I guess I was just ready for it and want to continue to make the most of it.”

“I’m just coming in being the best back I can be, doing whatever the team needs me to do.”
Rookie Tony Pollard speaks on how Zeke's holdout impacts him and his attitude towards it. #EarnTheStar

As of now, it looks like there’s a good chance that the Cowboys