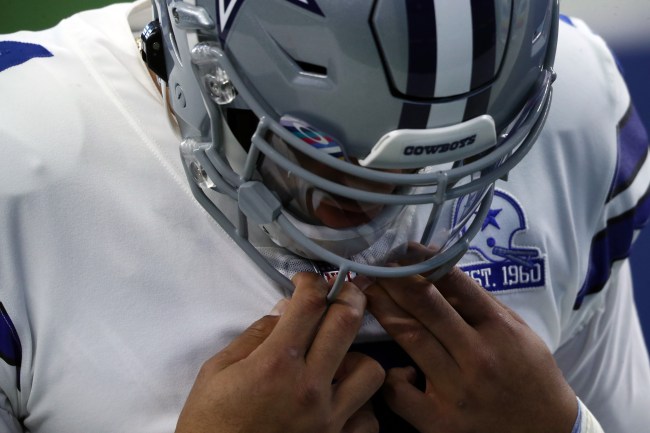 Dak Prescott is probably done for the season after suffering a gruesome ankle injury on Sunday.

In the third quarter of today’s Cowboys-Giants game, Prescott was carted off the field after he landed awkwardly on his ankle when he was tackled to the ground.

Dak Prescott is being carted off after what looks to be a potentially serious leg injury pic.twitter.com/saLxK9gZcD

Here’s Dak Prescott getting carted off the field. He raised his fist to the fans, visibly emotional, and they made a lot more than 25% of the noise you’d hear at a full AT&T Stadium.

Somehow the Cowboys now have to go try to win a football game. pic.twitter.com/noMnSj7XFv

Update: Prescott has been taken to a local hospital to be evaluated.

Cowboys announce Dak Prescott is being take to a local hospital for further evaluation.