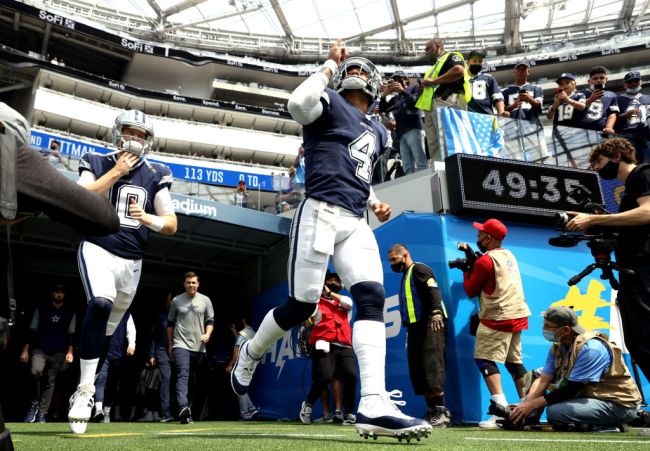 Cowboys fans have invaded SoFi stadium for the team’s away game against the LA Chargers.

Videos and pictures from the ground show that Cowboys fans largely outnumbered Chargers fans despite the fact that the game is taking place in LA.

A look at the crowd coming into SoFi Stadium for today’s Cowboys-Chargers game. pic.twitter.com/PFz9ZYftlZ

The Cowboys normally draw well on the road, especially in Southern California where they hold training camp, but one Cowboy official said this was the most fans he has ever seen for a Cowboys road game. pic.twitter.com/EebbDvmuxT

Sofi Stadium after the Trevon Diggs INT. This is a Cowboys home game. pic.twitter.com/aZ74QeTuDK