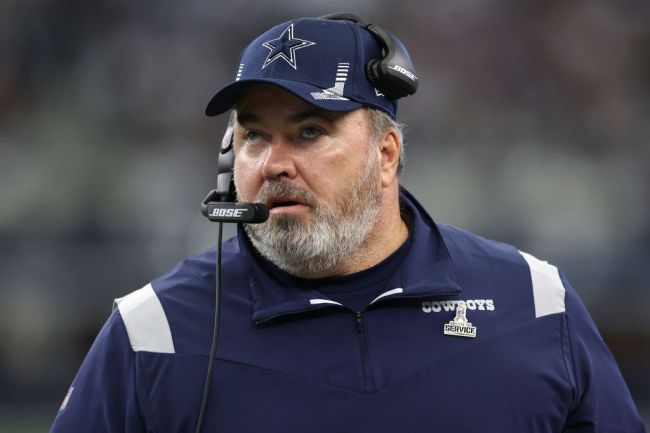 Cowboys head coach Mike McCarthy is once again getting crushed over his poor time management skills.

Before halftime of the Cowboys-Chiefs game, QB Dak Prescott threw an interception in the end zone with 15 seconds left on the clock.

Dak connects with Charvarius Ward in the end zone 👀
pic.twitter.com/lRQ5cwUq2i

Cowboys fans wondered why McCarthy didn’t use any of his two timeouts instead of making Prescott throw a rushed pass that turned into a turnover.

Cowboys have two timeouts. Take one. Don’t be rushing. Jesus.

Why did Mike McCarthy not call one of his two timeouts at any point before that throw?

Another clock management masterclass by Mike McCarthy to end a half. What a total doofus.

Mike McCarthy must think you can take timeouts home like leftovers! 🤦🏾‍♂️🤦🏾‍♂️🤦🏾‍♂️#Cowboys

“why call a timeout when i could throw an interception instead?” is some extreme mike mccarthy bullshit

Congrats Mike McCarthy. You have two timeouts left going to halftime. Trade those in for nothing point nothing. You moron.