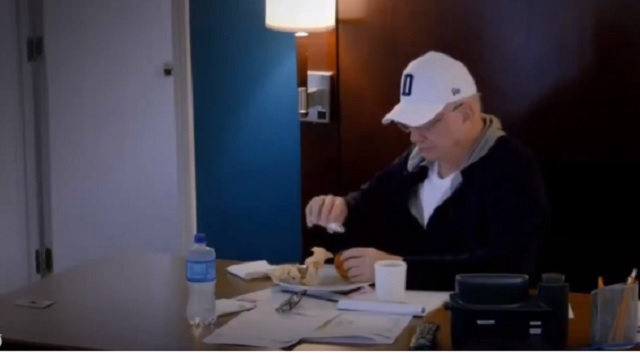 The biggest revelation coming out of the first episode of this season of Hard Knocks didn’t come from the football field.

While talking to a medical trainer about Dak Prescott’s shoulder injury, Cowboys owner Jerry Jones could be seen unwrapping a sausage McGriddle from McDonald’s. Moments later Jones made the curious move to put salt on his McGriddle.

Considering how much sodium is already in a McGridddle, fans were absolutely disgusted with Jones.

Who the hell puts salt on a McGriddle??? #HardKnocks

Jerry Jones a villain for sprinkling salt on a McGriddle