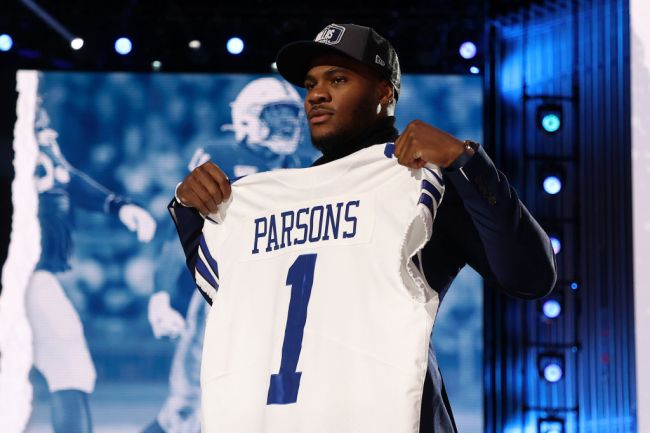 Micah Parsons has barely been in the league for a few months and he’s already shooting his shot like a veteran.

For the past week, the Penn State alum has impressed with his lightning-fast speed at the linebacker position.

Cowboys first-round pick Micah Parsons (No. 11). May want to block that guy. pic.twitter.com/9Oa9XthCa5

Off the field, Parsons is testing the limits of his celebrity by boldly shooting his shot at the popular Williams twins on TikTok.

Micah claimed his TikTok got hacked in a now-deleted Tweet.

Micah Parsons caught in 4K and deleting tweets? Thought he wasn’t afraid of the double team but turns out he got washed in the play pic.twitter.com/zVOJAFn0p2

If Parsons is as good as he looks in practice he’ll have no trouble picking up TikTok models in the future.