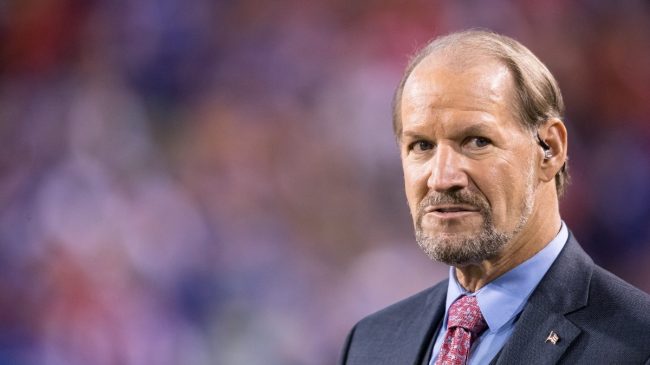 Jim Irsay and the Indianapolis Colts rocked the sporting world after surprisingly hiring Jeff Saturday as the new head coach. It’s been a hot topic of discussion, as it’s a rather controversial move. Now, former Super Bowl-winning head coach Bill Cowher shares his input on the situation.

Cowher didn’t hold back whatsoever. After briefly going over his coaching resume before taking on the head coaching gig for the Pittsburgh Steelers, the former Super Bowl winner blasted Jim Irsay and the Colts. He went as far as to say, “it’s a disgrace to the coaching profession.”

Bill Cowher on the #Colts hiring of Jeff Saturday: “It’s a disgrace to the coaching profession.” – via CBS pic.twitter.com/0BEy7DfLvg

If anybody is going to criticize the Colts for making Jeff Saturday the head coach, it’s Bill Cowher. He definitely earned his stripes before becoming the head coach of the Steelers. It’s insane to see Saturday skip all of those steps and Cowher makes some strong points.

We’ll see how it plays out for Indianapolis. It’s hard to imagine the team functions all that great, but you never know. Jeff Saturday very well could be the breath of fresh air the Colts needed to get back in the playoff hunt.

Keep an eye on this situation, as Jim Irsay made one of the most controversial coaching hires ever. It could work, but it could also explode in his face. Either way, Bill Cowher isn’t happy with the decision and there are likely many former and current coaches who feel the same way.