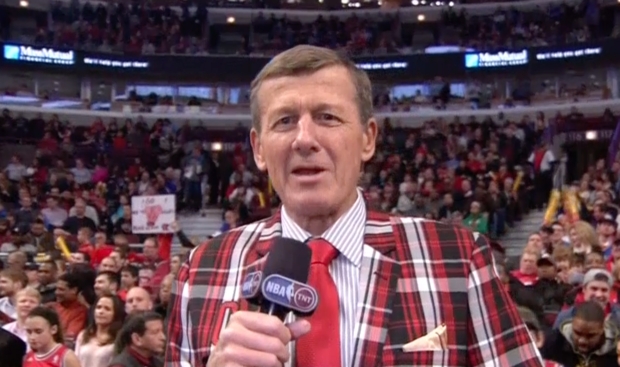 Editor’s Note: We posted almost two years, but figured it’s worth remembering a legend like Craig Sager with such a great story on the one-year anniversary of his death. RIP, Big Man.

By now, you’ve heard the glorious story of Wade Boggs slugged 107 beers in 24 hours when he was with the New York Yankees on a trip to Seattle to play the Mariners. Well, would you believe that basketball sideline reporter and Gregg Popovich’s best friend, Craig Sager, knocked back 26 Bud Lights over 18 holes of golf?

According to Fox Sports Sun’s Jason Jackson, it happened during a Milwaukee Buck series in 2013:

“Craig Sager drank 26 Bud Lights in 18 holes and did not miss a putt. He two-putted maybe six greens, and everything else was in. We lost $70 each. It infuriated me. I don’t mind having a beverage after a round, right? But he kept having beers and I kept losing, and I thought, ‘I know this dude. This is a Midwestern man who has utter control of his constitution.’ There was no way.”

If this is true, the pics taken of Sager passed out make a lot more sense. Sager’s suits have become the stuff of legend, even his shoe game is on point. With the news that doctors have given him 3-6 months to live after his cancer from leukemia returned, we’re hoping for another recovery, so we can continue to celebrate the man who lights up the NBA’s fashion world.

Once healthy, maybe we could even see a heavyweight title bout between Boggs and Sager to settle the score once and for all. Televise it, live stream it, have viewers donate, and raise funds for cancer research. Have Miller Lite and Bud Light bury the hatchet for a day and co-sponsor.