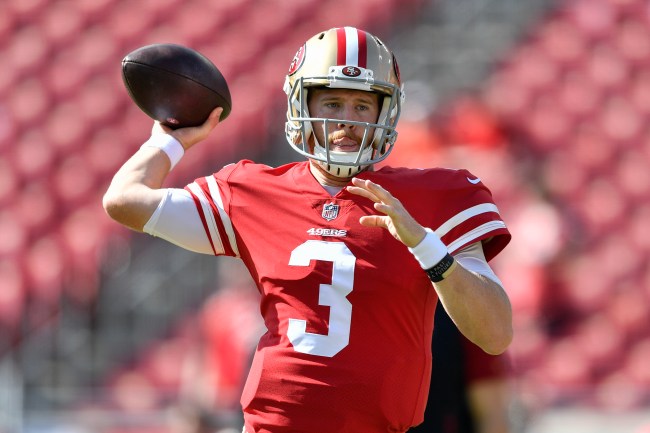 Clayton Beathard, the 22-year-old brother of San Francisco 49ers quarterback C.J. Beathard, was one of two men killed during a fight early Saturday morning at a Nasshville bar. According to police Beathard and another man were fatally stabbed after an argument over a woman turned physical.

The two men fatally stabbed during a fight Saturday at 2:50 a.m. involving several persons outside the Dogwood Bar & Grill, 1907 Division Street, are identified as Clayton Beathard, 22, and Paul Trapeni III, 21.

The fatal stabbings appear to have resulted from an argument over a woman that began inside Dogwood Bar and then turned physical when the parties went outside. Multiple persons were involved in the outdoor fight during which the two men were both fatally stabbed in their sides. Beathard, of Thompson Station, and Trapeni, of Franklin, were both transported to Vanderbilt University Medical Center where they died. A third stabbing victim, a 21-year-old man, was treated and released.

Police has yet to apprehend the suspect and asked for assistance to identify the man who stabbed Beathard.

Midtown Hills Precinct detectives are asking for the public’s assistance in identifying the man in the attached surveillance photo who is being sought for questioning in the fatal stabbings. Anyone who recognizes him from the attached photo is asked to contact Crime Stoppers at 615-742-7463.”

The 49ers released a statement offering their condolences to the Beathard family.

Clayton played college football and had just completed his junior season at Long Island University, appearing in seven games at QB for the school.