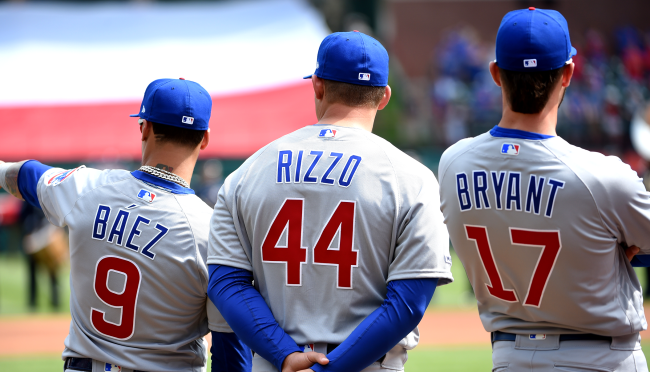 In a fire sale the likes of which has perhaps not been seen since 1915 when Connie Mack, the owner of the Philadelphia A’s, let go of Hall of Famers Eddie Plank, Chief Bender, Eddie Collins and Home Run Baker, as well as highly-regarded hurler Jack Coombs, the 2021 Chicago Cubs’ front office decimated their team last week by giving away Kris Bryant, Anthony Rizzo, Javy Baez, Craig Kimbrel, Ryan Tepara, and Andrew Chafin. (Although Charlie Finley may have something to say about that.)

Cubs fans across America were left stunned when team icons Bryant, Rizzo and Baez joined Kyle Schwarber and Jon Lester as key players in the 2016 World Series victory who were recently jettisoned under the pretense of securing the future of the franchise.

“When I look at organizations like the Tigers, the Giants, the Phillies, they had really good runs,” Hoyer said in the aftermath of the deadline day deals. “They got to the end of their cycle and they had five-plus-year droughts because they basically ran to the end of the cliff and they fell off and they had to rebuild. We were willing to go to that point if this was a winning team this year. But we weren’t. In my mind, we were able to speed that process up dramatically because we were able to acquire a lot of young talent.”

Monday morning in an interview with Chicago’s ESPN 1000, the Cubs president went off on a bit of a rant, all but laying the entire blame for the trades at the feet of the players who helped the Cubs win their first title in over 100 years.

“That will probably be my greatest source of frustration from this era,” said Hoyer. “I put my head on the pillow every night knowing we put our best foot forward. The extensions we offered these guys will hold up exceptionally well against the open market. I don’t know why guys didn’t want to sign.I don’t know why guys didn’t want to even counteroffer, oftentimes. Every one of these guys would say they wanted to stay in Chicago, ‘we wanted to be a Cub,’ but then we would sit down and do negotiations, that wasn’t how they acted.”

Word for word: Jed Hoyer on the #Cubs, extensions and trade talks with the core. Listen to it here: https://t.co/GZugeqzfZg pic.twitter.com/FeshtrGjUU

Hoyer did not get into specifics about the offers the Cubs made to the players, but his remarks about Bryant, Rizzo and Baez are surprising if for no other reason than the fact that all three of them will be free agents at the end of the season and would still have a chance to come back to the Cubs, if so choose.

It would seem that deflecting the blame for the trades and trying to keep Cubs fans off his back is more important to the Cubs president than any future relationship with the three Cubs heroes. Especially after the team hosed Bryant on service time and extremely underpaid Rizzo for years and then reportedly lowballed him before letting him go.