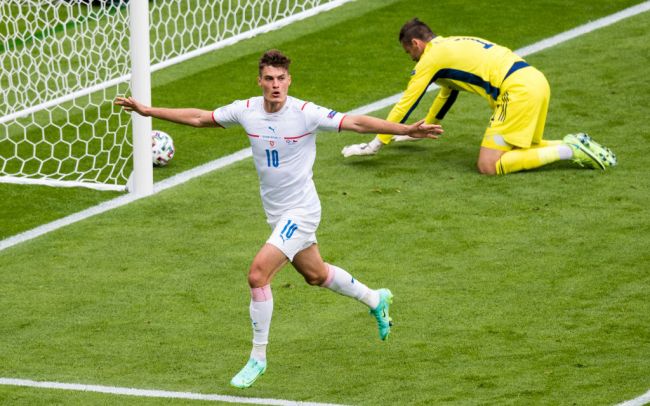 Last year’s COVID-induced sports hiatus was a struggle. Around this time last year we were all watching Aussie rules football, golf, early-season baseball in empty stadiums and NASCAR. While it made for a long 2020, all of the postponed events stacked up for a tremendous summer of sports in 2021.

Part of that schedule includes the UEFA European Championship. There are few things better than waking up to high-stakes, every-minute-matters international soccer from across the pond. The tournament has been historic so far. North Macedonia made its first appearance and its fans went wild in the streets, Ukraine scored for the first time in a major European competition on a magnificent strike, and health care workers showed their heroism once again.

As Monday morning rolled around in the States, Scotland and the Czech Republic were underway from Hampden Park in Glasglow. Scottish fans were in full voice, which was a welcomed sight after barren stadiums last year.

It was back-and-forth in the first half until Czech’s Patrik Schick scored in the 42nd minute. His first goal was excellent, however, it was what he did 10 minutes later that sent the world into a frenzy.

Just out of halftime, Schick found himself with the ball just beyond midfield after a hard deflection. He looked once and saw the goalie out of position.

Look how far up David Marshall was on Schick's worldie 🤔 pic.twitter.com/C7uj1vmPrf

With all kinds of space, he unleashed an incredible strike from a large distance and scored. It was sensational.

ALL the angles of Patrik Schick's goal of the tourney 🤯 #CZE pic.twitter.com/zypa3aNkyu

Shick’s brace was the first for his country in EURO competition since 2004, and it came with record-breaking mark. His 54-yard goal was the furthest distance from which a goal had been scored on record at the European Championships or the World Cup (since 1980). The bend was ridiculous and had everybody fooled.

Look at the bend Schick put on his goal. How did this go in?! 🤯 #EURO2020 pic.twitter.com/IjHoQQqw2u

David Marshall did his best to keep it out 🧤 pic.twitter.com/5IqreENAlH

Scotland was blanked 0-2, and the Czech Republic moves to the top of Group D behind Schick’s strikes.