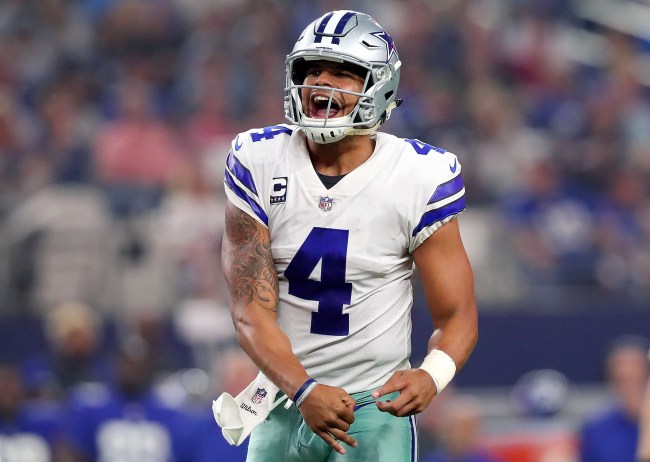 Prescott, who has been in contract negotiations with Cowboys for the past two years, signed a massive longterm deal to stay with the team.

Cowboys and QB Dak Prescott have a deal.

The Cowboys reportedly signed Prescott to a 4-year $160 million that will include $126 million guaranteed and a no-trade clause. Prescott will receive A $66 million signing bonus and is set to make $75 million in the first year of the contract.

The deal includes $66 million to sign and $75 million in year one, the most in NFL history. https://t.co/bt7uBY2v7w

The deal includes a no-trade and no tag clause, per source. https://t.co/v8L2tZqtZe