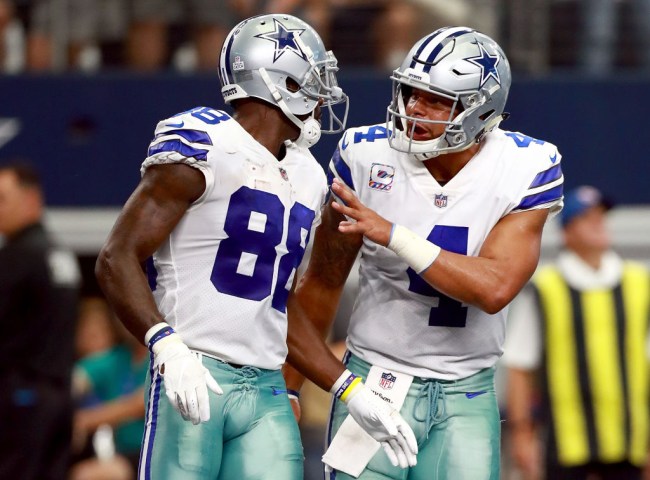 On Friday in interview with the NFL Network former Cowboys standout wide receiver Dez Bryant told Jane Slater that he believes his release from the Dallas Cowboys was because a group of players and coaches on Jason Garrett’s staff who wanted him gone.

“I’ll say this right here: I believe that ‘Garrett guys’ [are to blame]. I would say that,” he said in response to a question from Slater on the idea that some teammates had a role in the decision to release him

On Saturday Cowboys QB Dak Prescott was asked about Bryant’s comments and he delivered this response.

“I just knew the speculation as all of us knew,” Prescott said. “I really didn’t know necessarily if it was happening or not. I can’t say that I actually thought that it would fully happen. It’s a business and it just puts everything in perspective for me.”

Prescott didn’t seem bothered that his former teammate called out the captains. He called it part of the business.

“I’m sure he’s hearing stuff and I’m sure he’s getting it from a lot of different ways,” Prescott said. “I’m not going finger point at anybody. I’m not going to get upset for who he’s pointing at or who he thinks did this.”