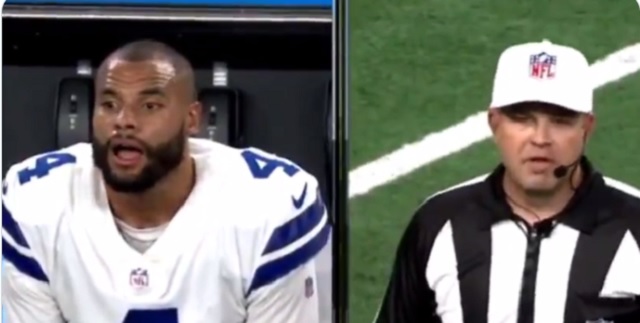 Dak Prescott was surprised by a ref’s replay review on Monday Night Football and instantly became a meme.

In the first quarter of the Cowboys-Eagles game, Dallas decided to go for it on 4th down on the 1-yard line and went with a QB sneak with Prescott.

While the Cowboys appeared to get the touchdown the ref who checked the replay decided that Prescott was short which led to this shocked facial expression.

So much surprise in one video pic.twitter.com/STZ3xvQm54

Always the sign of a good call when this is the reaction pic.twitter.com/QGHWs3GDD4

Me when I cut open the avocado I just bought and it's brown inside pic.twitter.com/sHhOAIGyBt

Me checking my credit card bill every month after knowingly over spending pic.twitter.com/azItAbJy1s