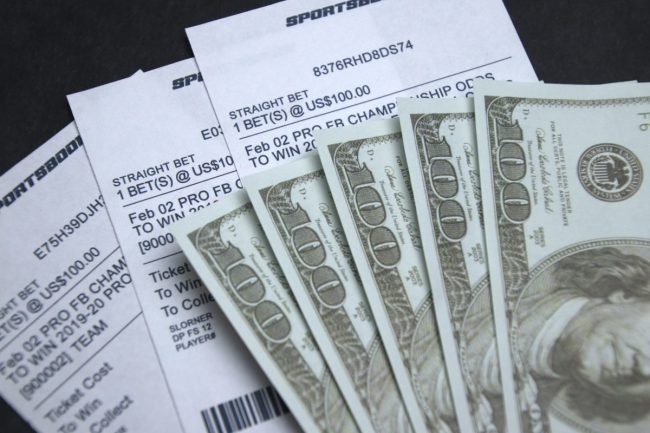 A sports bettor capped off the weekend in the best possible way, winning a ton of money during the Dallas-Indianapolis game on Sunday Night Football.

The gambler casually threw nearly $100,000 on a first TD prop bet. Some might call it crazy. He calls it profitable.

The bettor placed $97,309 on Dallas wide receiver CeeDee Lamb to score the first touchdown of the night. Those odds sat at +800 at the time of the bet, offering a massive pay day should the pass catcher be the first to cross the goal line.

It took 10 minutes of game action to get that first score, but at the 4:50 mark in the first quarter, Lamb hauled in a 20-yard touchdown reception from Dak Prescott. But the Dallas bettor didn’t cash in without having to sweat out a review from the referees.

On that touchdown reception, Lamb appeared to be tackled by a Colts defender. Feeling like he never officially went down, Lamb wisely got to his feet and continued running towards the endzone.

Colts fans will tell you that Lamb’s forearm was down, but upon review, the officiating crew deemed that the wideout never touched the ground. The score was upheld, and this bettor’s $97,309 turned into an incredible $778,472 payout on the play.

Fans were quick to comment on the ridiculous wager.

This person commented on the bizarre play, saying, “Ain’t no way he cashed in on THAT play!”

What a way to end the football weekend.

Related: Bet slip goes viral after being given as a wedding gift then cashing