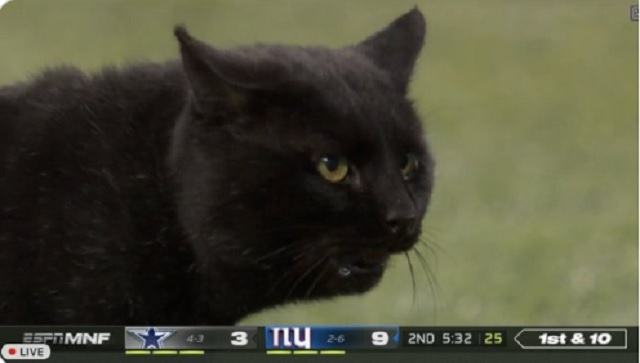 The Monday Night Football black cat is officially a member of the Dallas Cowboys.

Last Monday, a black cat ran on the field and interrupted the Giants-Cowboys game at MetLife stadium.

Halloween isn't over yet 😹 pic.twitter.com/XhLDP3NgJO

The Cowboys won the game and began using cat as some sort of good luck charm.

Before today’s Vikings-Cowboys game, the Cowboys even went as far as to announce the black cat as one of their starters during player intros at ATT stadium before the game.

The Cowboys found the cat, and it’s starting tonight pic.twitter.com/XmlJKUZD9B

We’ll see if the black cat brings the Cowboys luck again this week.