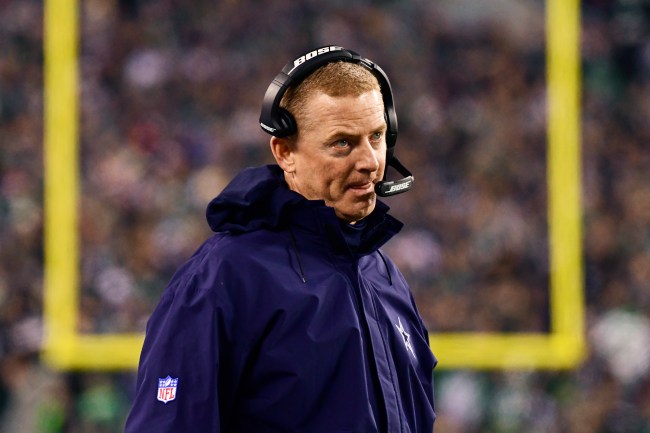 Jason Garrett apparently hasn’t gotten the memo that he isn’t going to be with the team next season.

On Thursday night, ESPN’s Ed Werder reported that the team planned on moving on from Garrett but were taking their time out of respect for him.

A source told ESPN’s Ed Werder that after showing an “abundance of care and respect” for Garrett, team owner/general manager Jerry Jones and executive vice president Stephen Jones have decided the coach will not be part of the organization moving forward.

According to multiple sources, the Joneses and Garrett did not have their scheduled meeting at The Star on Thursday after meeting on Monday and Tuesday without any resolution on the coach’s status. Garrett’s contract is set to expire Jan. 14 and his status with the team has been uncertain since last February, when the Cowboys opted not to offer him an extension.

Despite all the rumors surrounding his future, Garrett has been talking to players as if he’s still going to be with the team while conducting exit interviews according to those around him.

Via Charles Robinson of Yahoo Sports

According to multiple sources familiar with a handful of Garrett’s exit interviews, he conducted himself in the same manner as past seasons — thanking players for their contributions in 2019 and then talking about their offseason outlook. Several sources added that in some cases where players had expiring contracts, Garrett went as far as expressing that the Cowboys would have interest in the players returning in 2020.

“The interview confused [the player],” one source said. “[He] went in thinking it was going to be a goodbye and maybe he’d hear a ‘this is a business’ speech and it turned out to be more of a ‘good job’ and ‘see you later’ feeling. It’s normal to the point of being weird, given everything [he] was expecting

As of now there is still no official word regarding Garrett’s job status.

At this hour, coaches and players tell me they have not been informed of any changes at the head coaching position. #Cowboys HC Jason Garrett, himself, has yet to respond to my inquiries. If a decision is imminent, it has still not been conveyed.