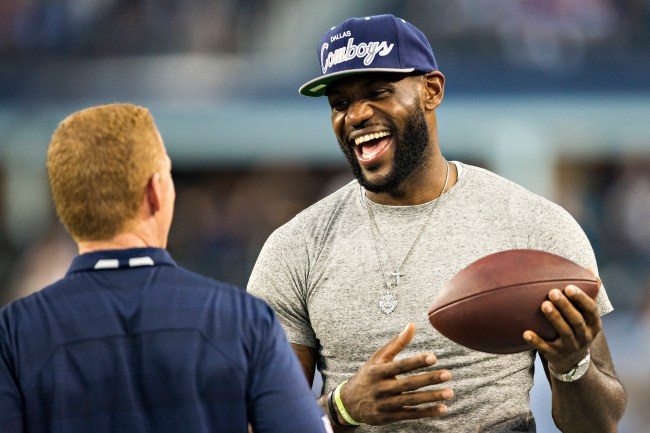 LeBron James has not been shy about his fandom for the Dallas Cowboys but it seems like his loyalties still lie in Ohio. ‘

Over the years LeBron has made affection for the Cowboys with several social media posts featuring him decked out in Cowboys gear.

Despite the fact that he loves the Cowboys, LeBron was seen rooting for the Browns during the team’s 49-38 win against the Cowboys on Sunday.

LeBron rooting for the Browns instead of the Cowboys didn’t sit well with fans.

Man I thought you were a @dallascowboys fan @KingJames 🤦🏽‍♂️ https://t.co/kE4jiHvkM0

@KingJames LEBRON JAMES IS THE BIGGEST BANWAGON IVE EVER MET 2015 HE WAS A COWBOYS FAN NOW 2020 HES A BROWNS FAN IVE LOST MY RESPECT FOR LEBRON FUCK HIM!! pic.twitter.com/dHfYM8NUKA

So you not a cowboys fan pic.twitter.com/wzKVkaZfzG