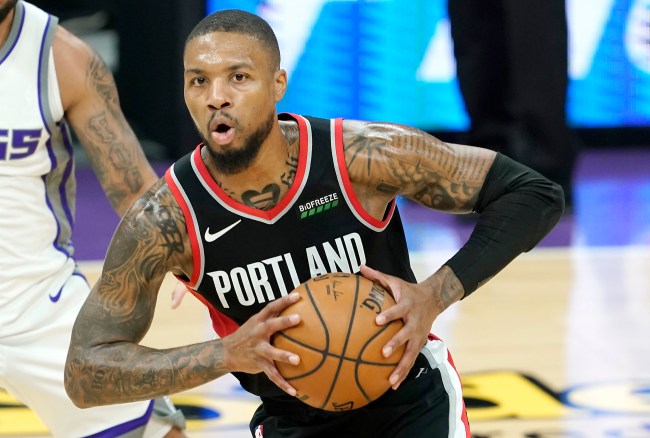 The beauty of sports is that while we are all witnessing the same game, we’re telling ourselves completely different stories.

Like Chandler Parsons. The general public was of the belief that a guy coming off two meh seasons and a chronic knee injury was not worth anything more than a few baseball cards, a sack of marbles, and a dead bird. Memphis smoked a bowl and then signed him to a four-year $94 million deal. In three seasons with the Griz, he never played more than 36 games nor averaged more than 7.9 points per game. The stories we tell ourselves.

Aaron J. Fentress, a reporter covering the Portland Trail Blazers for The Oregonian, deluded himself with the belief that Russell Westbrook and Bradley Beal are a better backcourt than Damian Lillard and CJ McCollum, statistics be damned.

After Lillard went off for 40 in a comeback win over the Kings, Dame took Fentress to task for his claim and you can almost hear the reporter’s jewels shrink up into his stomach.

When your colleague introduces her toddler into the Friday afternoon Zoom call: 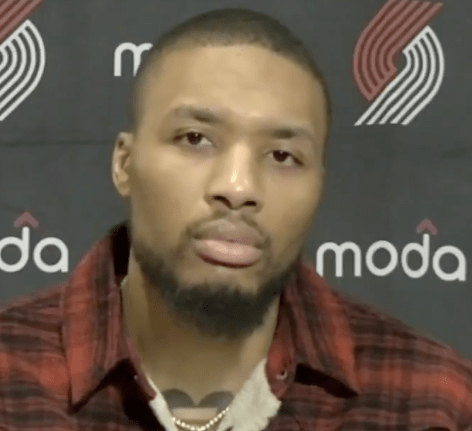 In the grand scheme of Shit Star Players Get, Dame Lillard is at the bottom. Winning just four playoff series in eight years would get any other player in the league’s undies run up the flagpole.

Twitter when Dame has a bad game vs when Westbrook plays bad pic.twitter.com/G0MXLncfX1

Twitter yesterday when dame lillard shot 3-14 and 0-8 from 3 yesterday in a loss vs everyone today watching Russell Westbrook get a triple double in a loss pic.twitter.com/lNA4ZsAXCp