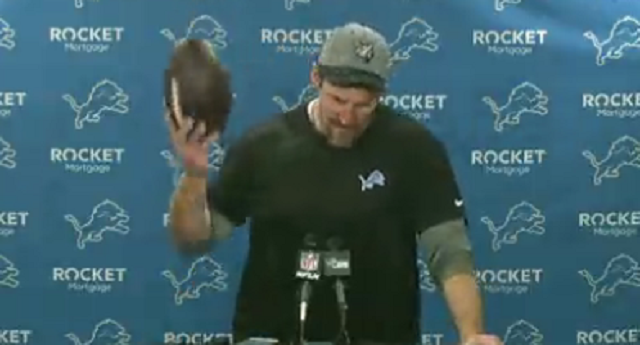 It’s been a tough week for those living in Michigan following the senseless shooting at Oxford High School in which four students died, and Lions head coach Dan Campbell wanted to make sure those affected by the tragedy were adequately honored.

On Sunday, the Lions were able to pick up their first win of the season after beating the Vikings with an epic walk-off touchdown.

After the game, coach Campbell gave the game ball to those in the Oxford Community who were affected by the tragic shooting.

Dan Campbell gives the game ball to the Oxford community, then reads off the names of the students and teacher who were shot during the tragedy this week.