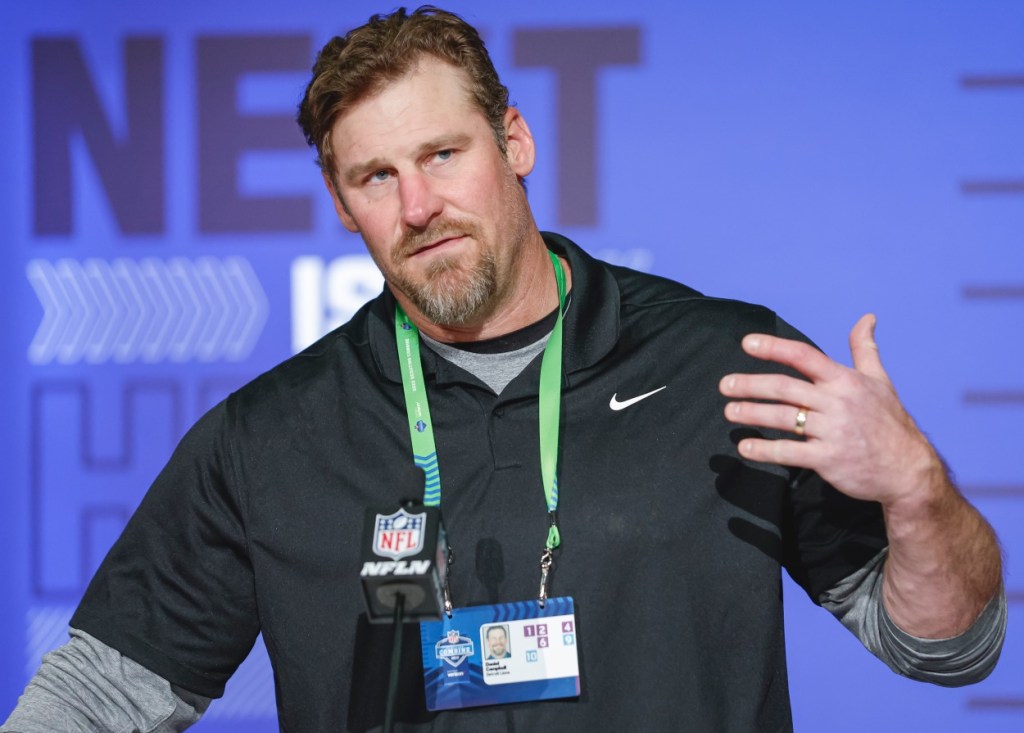 Let me kick this off by saying I am rooting for Dan Campbell and the Detroit Lions to succeed. I’m a born and raised Tampa Bay Buccaneers fan but I’ll always pull for the Lions and their tortured fanbase who deserve a better hand than they’ve been dealt (for years).

The Detroit Lions and head coach Dan Campbell are hoping to load up in the NFL Draft this year. They hold the #2 overall pick which Campbell recently said he will use to draft a starter. That quote was a bit of a head-scratcher to me because I cannot fathom what you’d use the #2 overall pick for other than drafting an immediate starter.

His specific quote was “You want a guy who can come in and he’s a Day One starter. That’s really what you’re trying to acquire. You’d like to think by the time you hit your first game this player is staring for you and he’s going to be able to produce.” (via Tim Twentyman) And reading that quote actually led me to this one about Dan coaching an alcoholic.

I’m not exactly sure how this is motivational but it’s the feeling of being motivational so I’ll just roll with that. Here’s the tweet with the quote and I’ve typed it out below as well:

Dan Campbell on his confidence level in the staff/culture to straighten out players who may have perceived character issues.

Dan Campbell: “Some of these guys, I remember I had a guy in Miami, god he loved ball. He was a dynamic football player, but he came in every day just reeking of alcohol. He was probably on a bender for who knows how long, but god he loved football.

He showed up, he didn’t have MAs (missed assignments), he hustled non-stop, and it’s like, you know what? You’ll find a way to make that guy work. Not saying we want those guys, but he loved ball, and he had success, and he’s still playing today, by the way.”

Dan Campbell last coached in Miami in 2015. I’m not going to spend time pouring over the 2015 roster and try to figure out who it might’ve been but I welcome anyone else out there to spend time doing that if you’re in the mood.

Did that story say anything about fixing an on-field issue?

While that story was meant to be motivational I’m not sure it ever got there. And people on Twitter aren’t so sure either.

This says nothing about straightening out the guy. It says they accommodated his off-field flaws because he produced on the field.

He didn’t give up on a guy just because he was a flawed human. It’s very inspiring actually

At the bare minimum, I’d love to see Dan Campbell and the Detroit Lions win a Playoffs game at some point before WW3. It has been THIRTY YEARS since their last NFL Playoffs win (1992). That win was actually 9 years closer to the moon landing than it is to the present day.

The Detroit Lions' last playoffs win was 8.5 years closer to the Moon Landing than it is to the present day.

There were 22 years, 6 months days between the moon landing and the Lions' 1992 Divisional W against Dallas. It's been 30 years, 2 months since that win.

Did I really say ‘THE MOON LANDING’? Yes, yes I did.