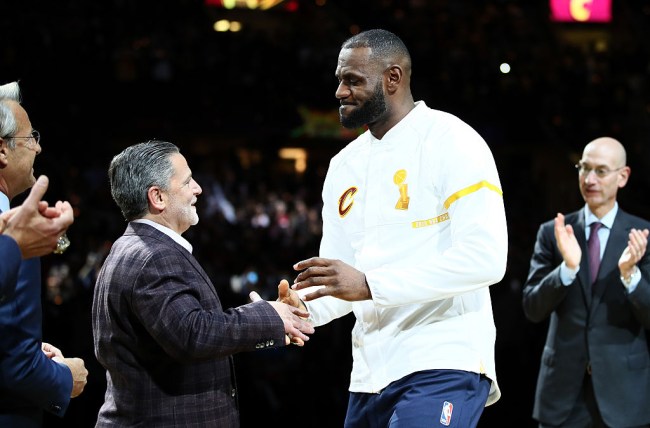 As Sheryl Crow so eloquently sang in D minor, ‘the first cut is the deepest.’ That mantra was certainly reaffirmed by the vast difference in how Cavs owner Dan Gilbert responded to LeBron James murdering Cleveland, part 1 and 2.

2010: “I PERSONALLY GUARANTEE THAT THE CLEVELAND CAVALIERS WILL WIN AN NBA CHAMPIONSHIP BEFORE THE SELF-TITLED FORMER ‘KING’ WINS ONE”

Gilbert sounded like a jilted ex who had a few twisted teas in the sun and just saw his former lover post a picture with her personal trainer. To add insult to injury, he wrote the letter in comics sans.

If there’s a moral to this story it’s that championships cure everything.

After LeBron James signed a 4-year, $154 million contract with the Lakers, Gilbert took the high road after getting his nut in 2016. 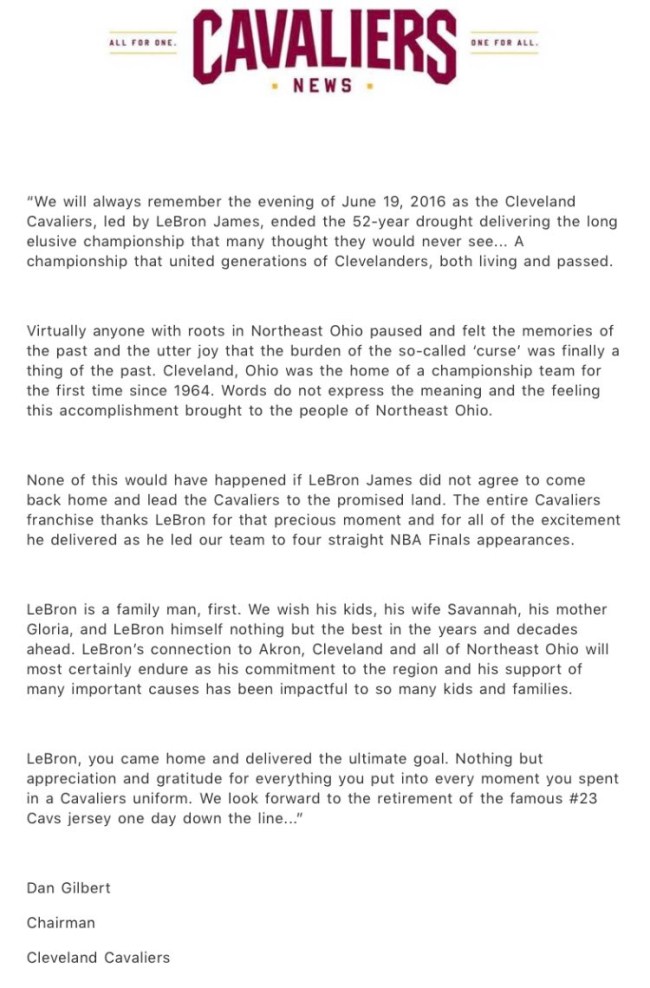 In James’ four years back with Cleveland, he led his team to four straight Finals appearances. He’ll now join Lance Stephenson and JaVale McGee in what will be the most meme-able team in NBA history. Buckle up.