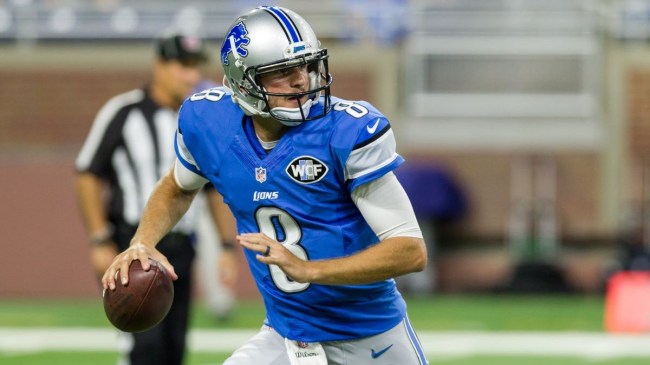 ESPN NFL analyst Dan Orlovsky is in London this weekend for the game between the Jacksonville Jaguars and Denver Broncos. That meant that he wasn’t on the set on Thursday’s edition of First Take, which seemed to upset Stephen A. Smith.

With jet lag apparently in effect, the former NFL journeyman quarterback was searching for a way to watch the Thursday Night Football game between the Tampa Bay Buccaneers and Baltimore Ravens.

Anyone with a bigger brain than I know how I can watch #TNFonPrime while in London?

Fans immediately responded, with one suggesting that he find a Twitch stream of the game.

But Orlovsky immediately cemented himself as an old man, saying that he didn’t actually know what Twitch was.

Unfortunately, the social media folks over at Twitch caught wind of the tweet and clapped back in an absolutely hilarious way.

The brutal reply referenced Orlovsky running out of the back of the end zone for a safety while playing for the Detroit Lions. Though Orlovsky did gain some measure of vindication when Jimmy Garoppolo did something similar earlier this season.

Orlovsky seemed shocked by such an egregious act of Twitter violence.

And eventually Twitch did offer an apology.

Come watch TNF with us sometime. We'll bring the memes.

But there’s no doubt that the ESPN personality will never make that mistake again.