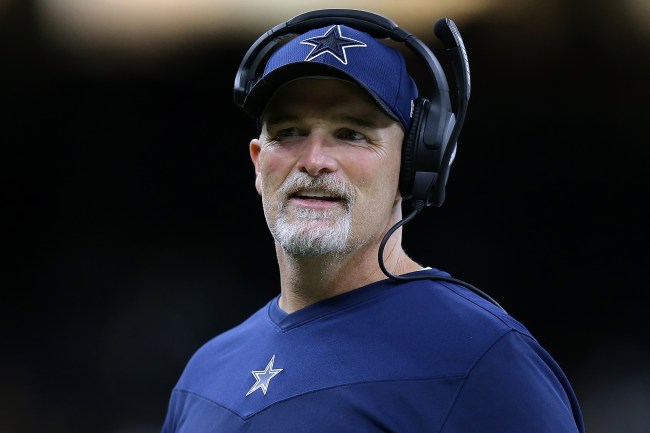 The Jacksonville Jaguars head coaching woes continued today. This week, it was reported that they had put together a list of potential candidates and had already started requesting interviews. One of those top candidates has already turned down their request.

Cowboys’ DC Dan Quinn will not interview with the Jaguars for their HC job during the two-week window in which HC interviews are allowed, per source. Jaguars requested permission to interview Quinn earlier this week.

He was the coordinator for the “Legion of Boom” in Seattle and has turned the Cowboy defense around this season. They were one of the NFL’s most susceptible defenses the last couple of season, but have now become a major strength.

Quinn has also had some success during his time as the head coach of the Atlanta Falcons. He led the Falcons to the Super Bowl before they famously blew a 25 point lead to the Patriots. He took them back to the playoffs the next season before struggling through the rest of his Falcons tenure.

This offseason, he should draw interest from around the league. The Bears are certain to fire Matt Nagy and the Broncos could move on from Vic Fangio. The Raiders haven’t had a coach for most of this season. All three of these teams should be interested in Quinn.

For the Jaguars, they still have Cowboys offensive coordinator Kellen Moore on their list as well as Doug Peterson, Byron Leftwich, Todd Bowles, and Matt Eberflus.

There is still plenty of time for the Jacksonville Jaguars to land themselves a head coach, but this is a terrible start to their search.