Dana White Says The UFC Will Not Censor Colby Covington After He Called Black Lives Matter A ‘Sham’, Made ‘Tribe’ Comments Directed At Kamaru Usman 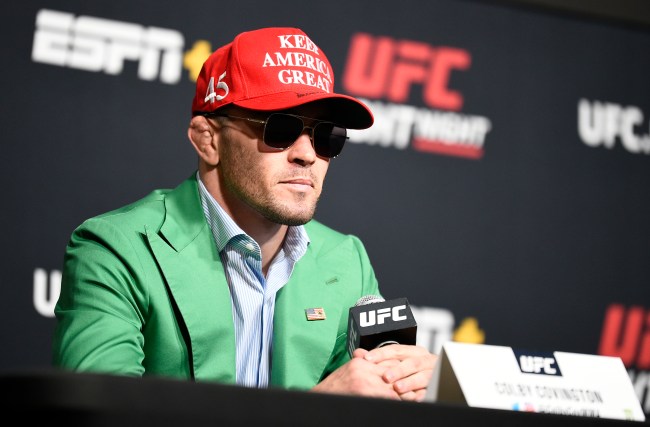 UFC welterweight contender Colby Covington has ruffled plenty of feathers with his political commentary but Dana White has come forward to back his fighter despite receiving backlash from the media.

After Sunday’s UFC Vegas 11 event, Covington went on a rant on why he believed the Black Lives Matter movement was a “complete sham” orchestrated by “bad people” during his postfight press conference.

Covington went on to ask Nigerian UFC champion Kamaru Usman if he got a call from his “little tribe” using “smoke signals.”

Colby Covington: Did you get a call from, freaking, you’re little tribe? Did they give you some smoke signals for you?

The wild part is Kamaru Usman doesn't even address this bc racism has become normalized around Colby Covington and, bc they allow it unchecked, the UFC pic.twitter.com/wc7hzsimq8

Despite the backlash over Covington’s comment, White says the UFC will not censor him or any other fighters for speaking their minds.

"Who's more about free speech than we are? We literally let our people do or say whatever."

One of the things that we’ve never done here at the UFC is stop people from expressing how they feel about certain things inside or outside the octagon,” “Even if it’s me, if it’s about me. Who’s more about free speech than we are? We literally let our people do or say whatever it is they do. It’s normal.