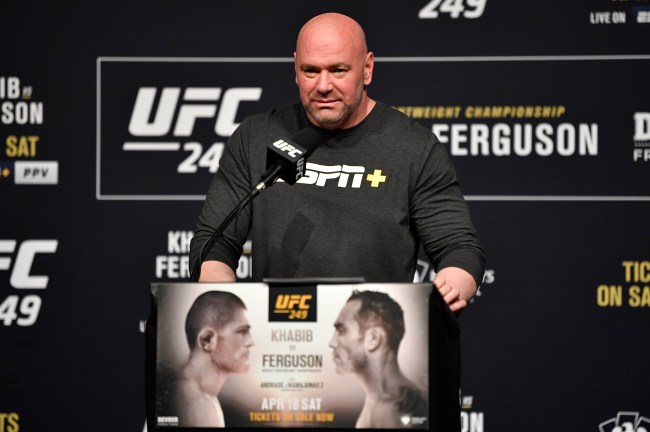 Dana White is adamant about continuing to host fights despite the current health crisis that has put much of the world in a standstill.

On Monday afternoon the UFC announced that they going forward with UFC 249 “somewhere on Earth”.

The fight is signed and is 100% ON LIVE on ESPN somewhere on EARTH!!!! 😃@TonyFergusonXT vs @Justin_Gaethje is LIVE on @espn+ PPV April 18th for the interim lightweight belt! pic.twitter.com/aH44zg5K30

According to various reports, UFC 249 is going to take place at the Tachi Palace casino in California.

White spoke to TMZ and says that he’s currently attempting to secure a private island to host events with international fighters who are having trouble getting in and out of the United States due to travel restrictions.

White may have finally lost his mind, this all sounds insane.