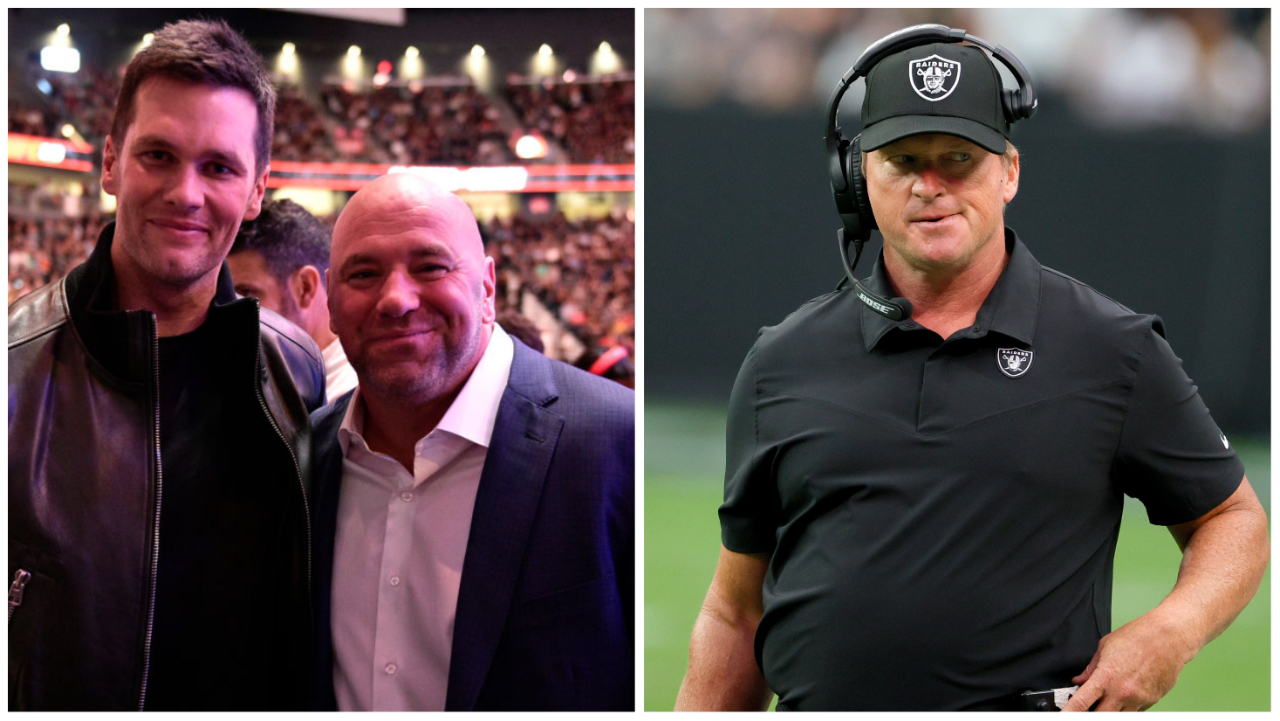 Dana White apparently attempted to play GM for the Las Vegas Raiders and deliver Tom Brady and Rob Gronkowski to the Raiders, but Jon Gruden got in the way.

During Gronk’s alternate broadcast of UFC 278, White says he had a deal in place for Brady and Gronk to play for the Raiders, but Gruden “blew it up” at the last minute.

UFC President Dana White claims he was working on getting Tom Brady and Rob Gronkowski to the Las Vegas #Raiders in 2020, but Jon Gruden decided in the last minute that he didn’t want to do it.

Raiders fans were not happy with Gruden after learning about White’s story.

Passes on Rodgers. Passes on Brady.

Made a HARD push to get handball legend Jake Plummer.

Remember when Gruden was supoposed to be a QB guru? https://t.co/hbsh1cCBor

You are a fucking Moron. https://t.co/vjSVNrz6Hk