Danny Green Shares One Thing He Dislikes About Sixers Fans, Which Surely Won’t Make Philly Fans Turn Against Him 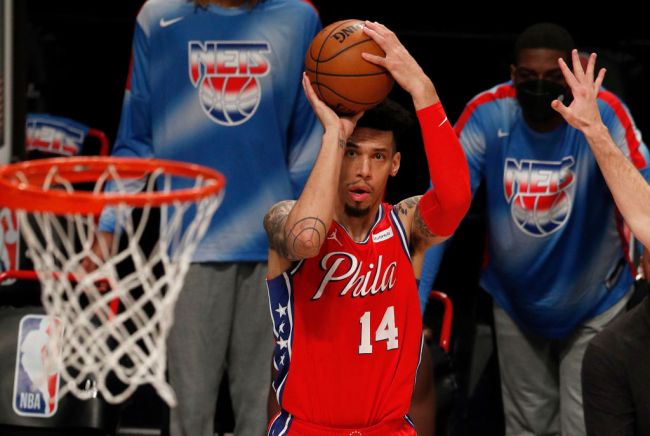 Philadelphia is home to some of the most passionate fans in all of sports. ‘Passionate’ is a loose term, you could also describe the fanbase as utterly insane and downright ruthless, which makes the latest comments from Danny Green rather questionable.

Green recently joined the Takeoff with John Clark podcast and stood up against 76ers fans explaining the one thing he dislikes about the fanbase. He doesn’t quite get why Philly fans quickly turn against players and teams in the city.

“I love our fans, but when things aren’t going well, they can turn on you,” Green said. “That’s the one thing I would disagree with or dislike. Some guys use it as motivation, some guys have a chip on their shoulder, but I think that needs to change. They need to be riding with us, regardless of how things are going.”

This past season was Green’s first in Philadelphia, so him being a bit caught off guard with the way Philly sports fans operate is okay, but then again he’s an NBA veteran and should’ve known what he signed up for.

On the one hand, I think you have to respect Green’s honesty about 76ers fans. He said nothing everyone didn’t already know, but for him to call out arguably the most outspoken fanbase in the NBA certainly takes some stones.

Then again, this bold play could come back to haunt him. Talking trash to Philly fans usually doesn’t work out too well for the player.

Green is set to become a free agent this summer, maybe he sees the writing on the wall that Philadelphia may not re-sign him given their tight cap-space so he’s going out guns-a-blazin’ so to speak.

If he does sign a new deal with the 76ers though, it’s a safe bet fans aren’t going to let him forget about the comments he made.