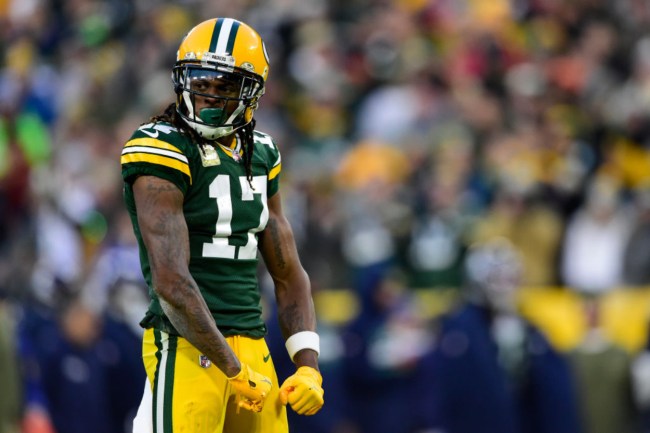 Davante Adams is no longer a Packer or Aaron Rodgers’ favorite target, but that doesn’t mean he’s going to forget about the great years he had in Green Bay.

Adams was officially introduced as a Las Vegas Raider earlier this week and addressed his exit from Green Bay and specifically addressed his feelings toward Rodgers.

Adams wanted out of Green Bay because he wanted to catch passes from his former college QB at Fresno State, Derek Carr. One may assume that means there was bad blood between Adams and Rodgers, but that couldn’t be further from the truth.

“It was really an idea up until it was done,” Adams said, according to WBay Action 2 News. “Me playing in Green Bay, a great situation, having the greatest quarterback to play the game, that’s a dream in itself.”

Adams clearly has nothing but respect for Rodgers seeing as how he called him the greatest to play the game during his introductory press conference for his new franchise.

“I’ll never take away anything from what Green Bay gave me, what Aaron gave me. It was an amazing opportunity to work over there and do what I did for almost a decade,” Adams said. “Things change sometimes.”

Adams grew up a Raiders fan and with his former college teammate being the starting QB, when the situation presented itself to go to Vegas, he simply couldn’t pass it up.

The 29-year-old signed a five-year, $141.25 million contract with the Raiders after being traded for two 2022 draft picks.