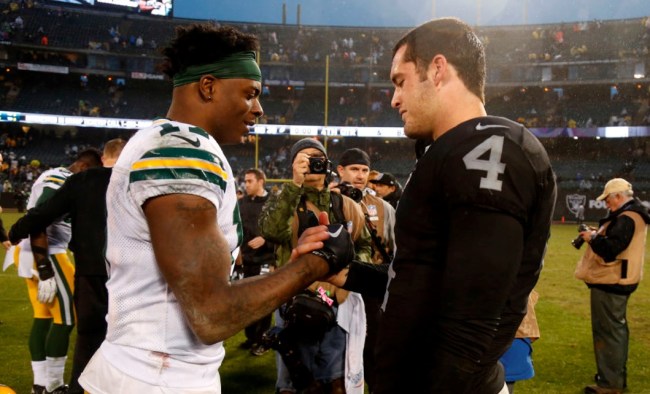 On Thursday night, Adams was traded by the Packers to the Las Vegas Raiders and instantly signed a new multi-year contract to become the highest-paid wide receiver in the league.

Full, full compensation for the #Raiders/#Packers blockbuster:
— Raiders get Davante Adams.
— Packers get a 1st and a 2nd.
— Adams gets a 5-year deal worth $141.25M.

The money matters and is a big factor in the trade value.

Final thought (for now) on the Davante Adams trade: His agents Frank Bauer and Kenny Chapman confirm that the #Packers offered more money than the contract he’ll sign in Las Vegas.

Simply, it was his lifelong dream to be with the #Raiders.

During an interview last year, Adams indicated that it would be his “dream” to play with Carr as a pro.

Had the chance to follow up with @tae15adams today about @derekcarrqb's recruiting comments. "It would be a dream to play with him, I'm a Packer now until the point where we make that decision we'll see what happens."
Watch the full interview: https://t.co/ZKmmk4q2Gl via @abc30 https://t.co/FRFtL2x8N7 pic.twitter.com/4m4z0rOVsL