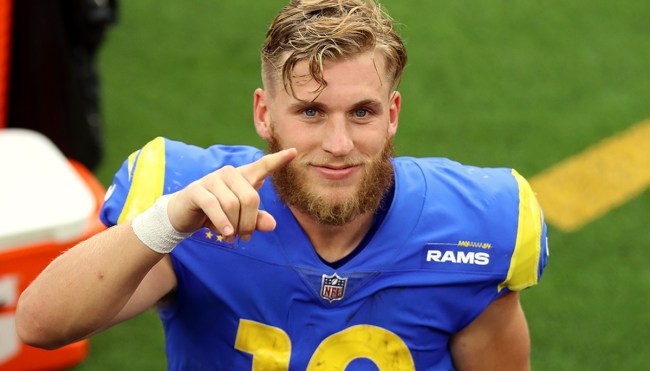 On Sunday night, Cooper Kupp added “NFL Champion” and “Super Bowl MVP” to his résumé just a few days after being named the league’s Offensive Player of the Year and capped off one of the most impressive seasons a wide receiver has had in recent memory by hoisting the Lombardi Trophy.

Anyone who’s kept an eye on Kupp’s ascension during his breakout year is likely familiar with his backstory: after attracting barely any interest from colleges out of high school, he made a name for himself at Eastern Washington before being drafted by the Rams in 2017 and grinded on his way to becoming the fourth player in NFL history to lead the league in receptions, receiving yards, and receiving touchdowns.

Prior to his ascension to a God Tier Wideout, Kupp showed plenty of potential while battling the injuries that hampered his output over his first few years in the league. With that said, I doubt many people predicted he’d have the season that he did during the most recent campaign—with the notable exception of Davante Adams.

On Tuesday, the Packers wide receiver went viral thanks to a tweet he posted in November 2020 where he dubbed Kupp the “most underrated receiver in the league.”

Cooper Kupp is the most underrated receiver in the league.

While that message aged very well, the same cannot be said about a number of replies that I’ve screenshotted because there’s a very good chance they end up getting deleted at some point in the next 24 hours.