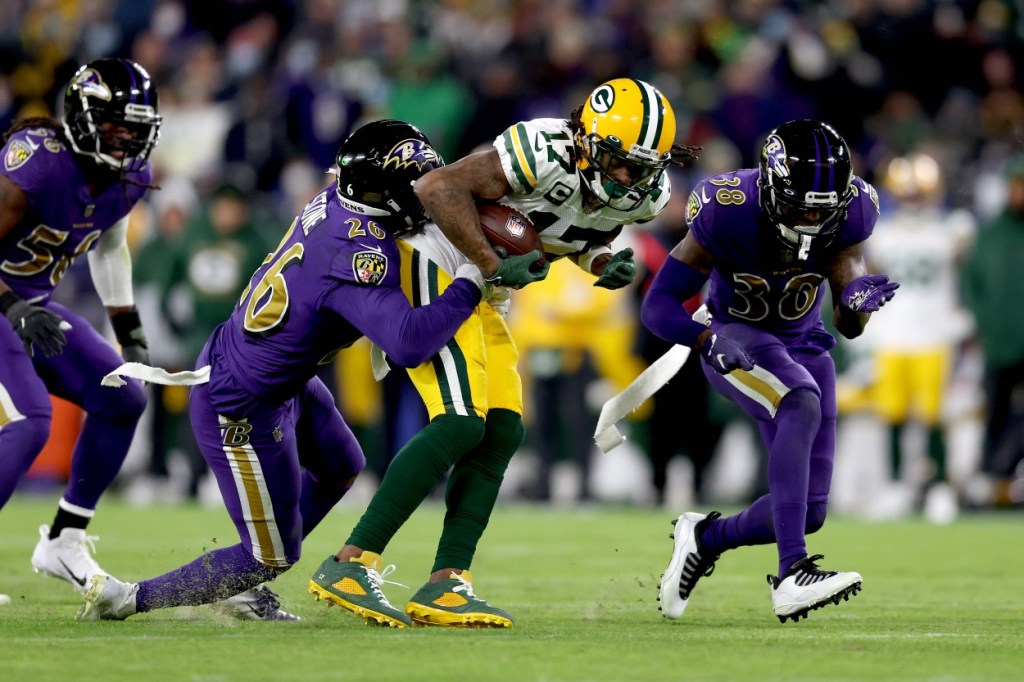 Once Davante queued up the proper play he then explained his incredible strategy against defenses that put him in tripel coverage. He turns into an all-out mad man to make life as difficult as humanly possible for them when they devote all of those defensive resources to one man.

If you ever want to know why Packers reporters will tell you there’s nobody better to talk with than Davante Adams, just watch this.

When it looks like he’s checking his texts during a Zoom press conference, he’s searching for and showing us film of how the Ravens guarded him. pic.twitter.com/NHriszLdij

Davante literally has a pic stitch collage on his phone with circles and everything of six times the Ravens threw the kitchen sink at him 😂 pic.twitter.com/Anq1JuT53R

I don’t care if you’re a fan, coach, or teammate, THIS is the exact kind of pettiness you want to see from someone on your team. Davante Adams is clearly thinking hard about these guys out here having to triple-team him and it’s a motivator to the point that he’s saving a pic stitch of the plays on his phone.

Bet no one can name the DBs he faced lol

He can be cocky lil bro. He’s the best in the game

Baltimore’s defense was depleted against the Packers. It’s not a shocker at all that they had to throw three defenders on him but it is surprising the game was so close and the Pakcers only won by a single point.