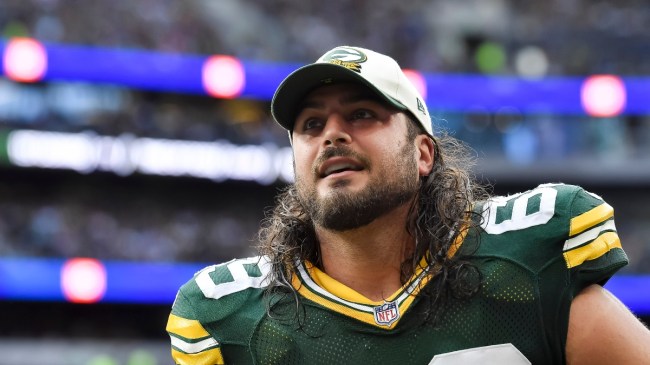 The Colorado Buffaloes made a splash hire after naming Deion Sanders as their new head coach. He’s been wildly successful in the recruiting process while making Jackson State a legitimate threat in their division. However, he received some flack for the message he delivered after telling players to “hit the portal.” Now, Packers left tackle David Bakhtiari shows his support for the new head coach.

In case you missed Deion Sanders’ message to his Colorado players, here’s a quick clip of what’s bringing some controversy. Upon the first time meeting the players, Sanders tells them to “hit the portal” because he’s bringing his “own luggage.”

Although many feel the new Colorado head coach’s words are harsh, the Packers’ star left tackle is fully on board. The Buffaloes have been a mediocre team for years, typically ending in last place in the Pac-12 repeatedly. Even during David Bakhtiari’s time there. If anything, he feels Deion Sanders is making the necessary change to finally turn things around for this program.

It’s yet to be determined if Colorado made the right decision or not. Deion Sanders is growing quickly within the college football world as a head coach. However, some feel it’s too fast. At the end of the day, Buffalo is in a position where they really have nothing to lose. So why not hire him? At least David Bakhtiari likes the hire.