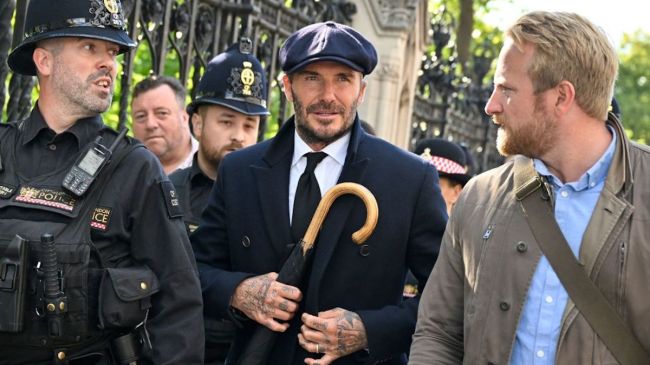 English soccer legend David Beckham has spent over 12 hours in line to pay his respects to the late Queen Elizabeth, according to reports from across the pond.

In a video posted to Twitter, Beckham — dapperly dressed, as always — discusses why he’s decided to spend such an extraordinary amount of time in the “queue” to pay his respects to the Queen.

“We’ve all been celebrating and telling stories. I think we’re all going through this to be here today to celebrate,” Beckham told reporters who caught up with him in line.

David Beckham telling us what it’s been like waiting 12 hours to pay his respects to Queen Elizabeth II ⁦@BBCPolitics⁩ ⁦@BBCNews⁩ pic.twitter.com/EXkmEx0S3s