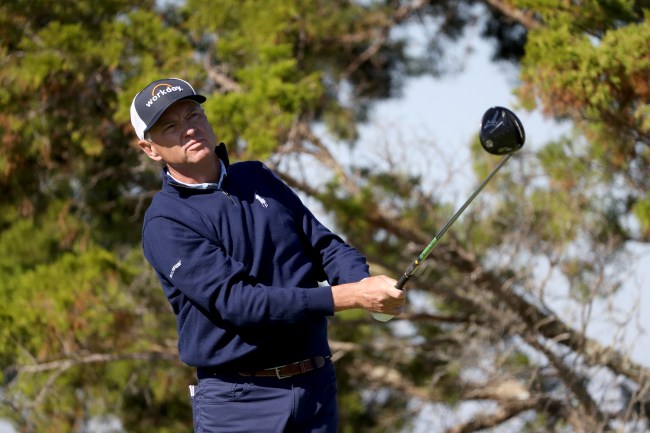 Davis Love III is one of the more recognizable golfers on the PGA Tour, and the one-time major champ is hoping that his popularity will help lead people to helping out his family after an unfortunate incident happened in Atlanta this past weekend. That’s because, according to a post on Love’s Instagram account this past Saturday, his son’s Ford Raptor was stolen from a movie parking lot, and the elder Love is putting up a pretty awesome rewards package together for anyone who can help track the white truck down.

According to the Instagram post from Davis Love III (see below), the truck was stolen from a theatre in the parking lot at Phipps Plaza in the Buckhead district of Atlanta, and, for those who might have some information — or can help get some details about the truck — Love III is going to give away a cash reward, some free golf balls and a gift certificate to Southern Soul Barbecue; which he’s a part-owner of. Take a look at the post below, which shows the picture of Love’s son’s truck.

As someone who has gotten sh*t stolen before, this has to be a terrible feeling. I mean, mine was simply a computer bag that didn’t have anything in it, luckily, this is a $30,000 Ford Raptor that looks like it’s been customized a little bit, too. Imagine walking out of a movie theater and seeing that the parking spot your car was supposed to be at was either vacant or filled with another car. Now imagine if that happened after seeing a crappy movie — which, admittedly, I don’t know was the case here, but it’s a possibility.

Either way, here’s to hoping Davis Love III’s awesome rewards package helps the family get his son’s truck back.