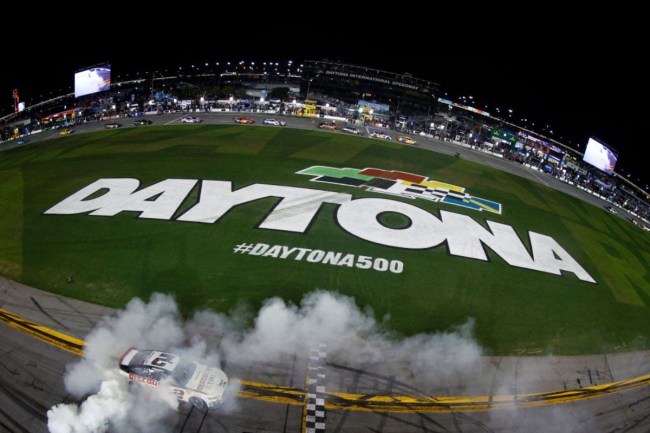 While NBA fans were watching the NBA All-Star Game on Sunday, NASCAR fans were tuning into the Daytona 500, and it turns out one viewership heavily outnumbered the other.

According to Michael Mulvihill of FOX Sports, Daytona 500 TV ratings bested the All-Star Game’s by 41%. This marked the largest gap between the two major events in five years.

The Daytona 500 beat the NBA All-Star Game by +41%, the largest gap between the two events in five years.

It is certainly worth noting that the number from Mulvihill reflects total viewership, as in all age demographics. As Sports TV Ratings pointed out, the under 50 crowd was glued into the All-Star Game.

A huge chunk of the Daytona 500 viewership came from folks over 50-years-old, which is no surprise.

Both of these things can be true at the same time, seeing as how, well, they are true. More people watched the Daytona 500 on Sunday than they did the All-Star Game. Both events were dominated by the age demographics they regularly attract.

Nevertheless, the Daytona 500 beating the NBA All-Star Game by that big of a margin is surprising to see for the casual sports fan.

Some sports fans reacted to the numbers with shock, while others took at as an opportunity to talk trash about the NBA and the non-competitive All-Star Game.

Comparing one of nascars biggest events to an glorified pick up game? https://t.co/DT7LWNna1c

"The NBA is fine" – people yesterday

You could broadcast 2 dudes tossing a ball back and forth and I’d watch that before the NBA All Star game https://t.co/XQHpZ4V39Y