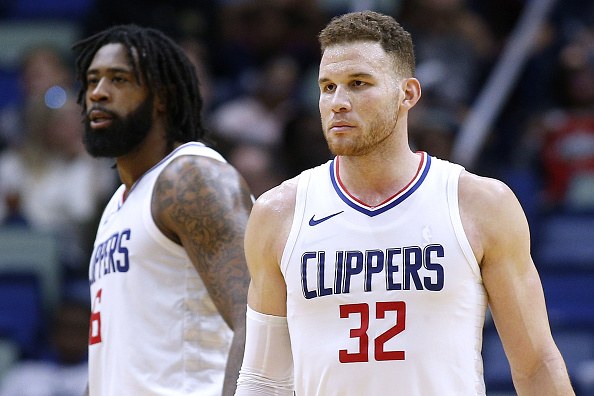 Dallas Mavericks center DeAndre Jordan is dating his former Clippers teammate Blake Griffin’s ex-girlfriend, Bethany Gerber. She was Miss Kansas back in 2010 and dated Griffin in 2012.

Jordan and Gerber have managed to keep their relationship on the down low. That was until DeAndre posted a quick video of Bethany on his Instagram story.

Jordan and Gerber seem to be more open about their relationship after they were spotted this week at a Bruno Mars concert.

This might be one of DeAndre’s most impressive rebounds of a teammate’s missed shot. If you remember, Bethany used to date Blake Griffin back when they played together with the Clippers.

Jordan and Gerber might be getting serious according to Sports Gossip.