Introducing DEBATE THE SLATE, A Sports Podcast — What Are The Craziest Prop Bets For McGregor vs Mayweather? 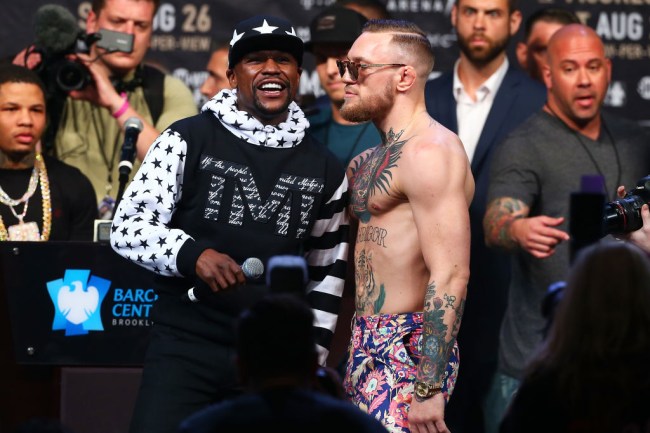 Editor’s Note: We know, we know. We’re late to the podcast game here at BroBible. But we’re thrilled to jump right into it with DEBATE THE SLATE, a sports gambling podcast for degenerates who find themselves casually gambling all the time. Dom and Garrett are great dudes who speak our language when it comes to our degenerate sports gambling habit, so we’re thrilled to have them on board. Big shout out to our friends at MyBookie.AG for bringing this BroBible project to life.

We’ll be rolling out new episodes on Wednesdays this fall, so don’t forget to SUBSCRIBE on iTunes.

This weekend is the biggest fight of the decade, so the boys are back to talk how much money there is to be made on Mayweather vs McGregor.

After we get the business stuff out of the way, Dom and Garrett talk about the Celtics/Cavs trade and what that means for the season win total bets for both teams. Eric Rosenthal (@EricSports) joins to talk about the fight of the decade this weekend and break down all the interesting props where YOU can make some money.

Then the guys talk about how excited we all are for football to be back and even give you some lines to take advantage of THIS WEEKEND. Buckle up, it is a fun one.

Brought to you by MyBookie.Ag. New players can use the PROMO CODE: SLATE to get a 50% sign-up bonus when you add up to $3,000 to your account. SIGN UP NOW!

About the DEBATE THE SLATE hosts 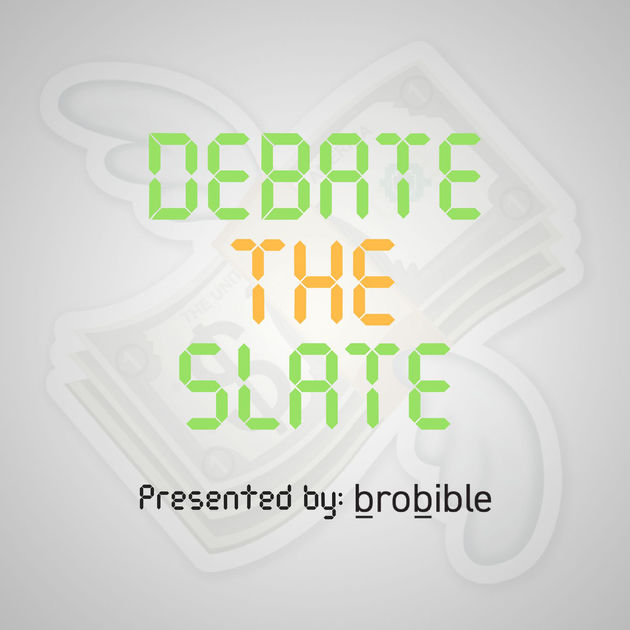 Garrett is proud to be a degenerate gambler, Phish phan, Preds supporter, member of #BBN, and believer that God bet the over on JC having 11 disciples. When he’s not sweating out crazy parlays, researching team/player analytics, or working at a startup in Chicago, he’s probably tweeting, eating, and or drinking a little too much. Follow Garret on Twitter…

Dom Garrett was setting lines on NBA Jam games with his friends in 3rd grade and never looked back. A proud supporter of any and all things Michigan State, Dom now lives in Seattle where he enjoys betting on Euro basketball at 9am and smashing the over for Pac-12 games after dark. When he is not placing in-game wagers on his phone he is producing podcasts for small businesses and Olympic athletes alike. Follow Dom on Twitter…