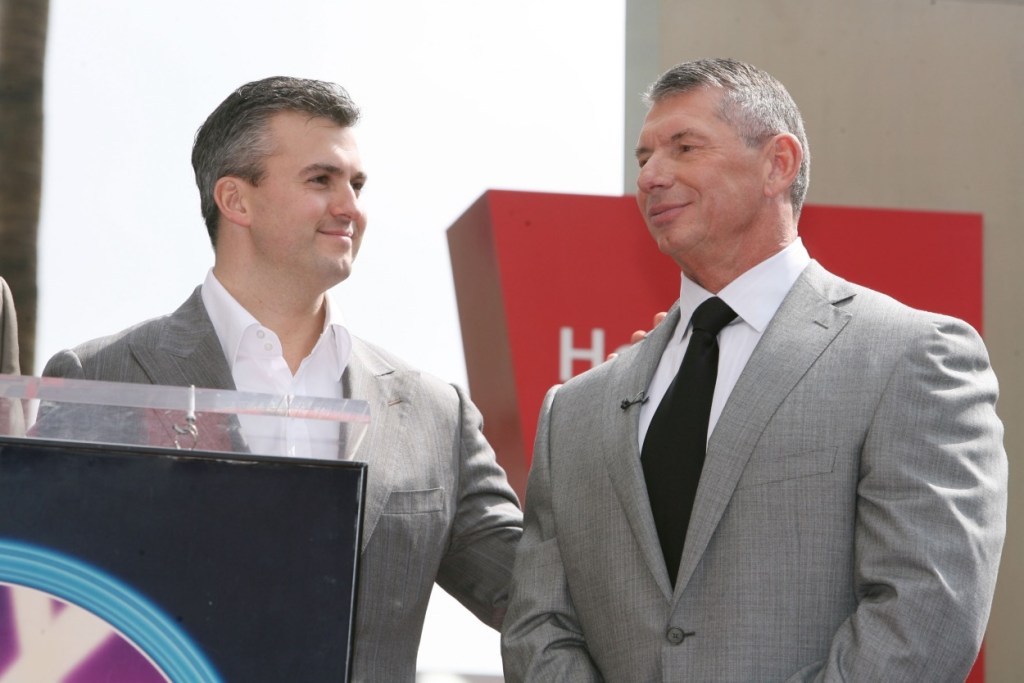 I grew up in that era when WWE was PEAKING with personalities like The Rock and Stone Cold Steve Austin. Vince McMahon always seemed like a grownup to me when I was a kid but Shane McMahon seemed like he was old enough to be your older brother at the time. Now he’s got a son, Declan James McMahon, who is about to play college football for the Indiana Hoosiers. Time flies.

When Declan James McMahon announced he’d committed to playing football for the Indiana Hoosiers he received congratulations from some pretty famous people on Twitter. I speak for myself here, but I had no idea who he was until I saw all of the WWE-related tweets of congratulations. And it didn’t take long for people to start speculating about celebratory moves for Declan.

Declan is listed as QB and RB. He stands 6’0″ (so far) and his listed weight is 192 pounds. He has played high school football at Poly Prep Country Day School in Brooklyn, New York, a team that was ranked 141 overall in the state of New York last year.

I am extremely grateful and excited to announce my commitment to play Football at Indiana University. Go Hoosiers! #LEO pic.twitter.com/Tpb0OxVzSg

WWE Relatives (and fans) Congratulate Declan On His Commitment

So proud to be Declan’s father.
Hard work pays off. Go Hoosiers! https://t.co/H2MGHGG9I1

I am so proud of Declan and anxious to see him play football as a Hoosier!

Quick thoughts on the Declan McMahon commitment:
1. Love my #iufb Hoosiers. Glad to have a new recruit join the team!
2. He has a famous family, but let's allow his own work speak for him.
3. I'm absolutely going to scream wrestling catchphrases if he's a star player. What fun.

Are you ready to feel old???

This needs to happen:

Wonder if Declan McMahon will get a WWE NIL deal? Seems like the perfect candidate.