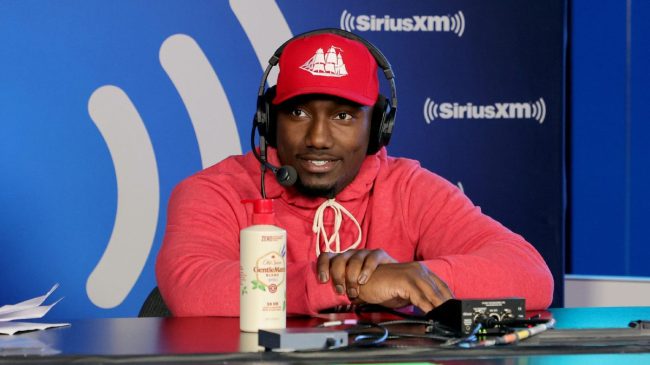 The star wide receiver is uncertain about his future with the San Francisco 49ers as he’s requested a trade from the organization ahead of the 2022 season.

Whether or not he gets that trade remains to be seen. The 49ers are apparently doing all that they can to keep the pass catcher on the West Coast but reports of Samuel halting contract negotiations are making that difficult.

With tension continuing to build between the two sides, no one is really sure what might happen with Samuel.

Will the 49ers be able to convince him to stay in San Francisco or has the relationship been too far damaged?

The unknown has led media outlets to make differing reports on the situation as they try their best to guess on the wideout’s future. Many of those predictions have been off, and Samuel is letting reporters know it.

On Thursday, he took to Instagram to respond to Adam Schefter, who’s said that Samuel wants to leave California and play for a new team closer to his home in South Carolina. We’re not sure where Schefter got that information, but it certainly doesn’t seem like it was from the horse’s mouth.

From Wednesday’s NFL Live: one of the central factors that could be driving Deebo Samuel’s desire to be traded away from San Francisco. pic.twitter.com/D83XEsQx41

“I’m sure there are a multitude of factors as to why he would like to be traded, but I think one of them is the fact that he simply prefers to be closer to home. South Carolina. Not out west in California. San Francisco chose him, he didn’t choose them.

“How many people leave school and go where they don’t have to go? Deebo is in that situation. I think he’d like to be closer to home somehow.”

Deebo Samuel fired back at the reporter with a message in his Instagram story.

#49ers WR Deebo Samuel chimes in on Adam Schefter’s report of him wanting to be closer to home on his IG story 👀😂 pic.twitter.com/6YAZHUmbmq

“@AdamSchefter hilarious. Mane said because I want to be close to home.”

The post ended with a few laughing emojis for emphasis.

Whatever the reason, he’s obviously unhappy in San Francisco. We’ll see if the 49ers look to deal the receiver with the NFL Draft quickly approaching.